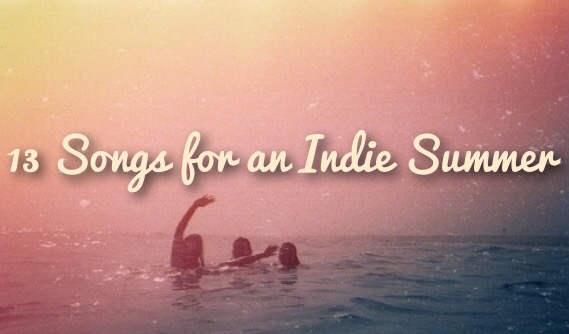 Small rant before my list: I rarely ever watch music videos. I’m pretty sure everyone rarely watches music videos. If I do see one, it’s usually on the TV at the gym (yeah, I workout wanna fight about it?).

The only other time I see them is when I write articles like this one. I look the songs up on YouTube (I usually just hear them on spotify), and I’m always excited/curious to see the music videos for the songs I like. The only problem is, I pretty much always hate them.

I just want the music video to be a cool companion piece to the song, is that so crazy? Something that enhances the experience of the song. Give me people dancing to the song, give me cool effects and colors, give me cool photography of interesting things,]. Hey, even give me cool camera angles of the band.

I don’t want a 6-minute version that is essentially a crappy short film that has nothing to do with the song’s lyrics or melody. Don’t give me a happy, fun song that has a music video of a dystopian future. I don’t need to see the “acting chops” of the artist, I don’t need some artsy fartsy “story”, and I sure don’t need pointless celebrity cameos. And don’t get me started on the music videos that are some big political statement, give me a break.

Anyway, I’m making this rant because on these articles, I usually post a YouTube link to the songs I recommend, and sometimes it might just be a YouTube video of the album cover and nothing else. I just want you to know I did that on purpose. If I deem the video too distracting, bizarre, or irritating, then I spare you guys.

Hot off the heels of his Grammy win, Beck does a classic Beck move and swings the pendulum musically. Following up his more somber Morning Phase with a very catchy, fun summer pop song. I don’t know why but something about fuzzy guitar and loud chants scream summer music to me, and this fits the bill.

I like my summer music to be loud ass rock during the day, and then super dance-y at night. I wanna put on my denim jacket, have a PBR and crank the strokes during the day. Then at night I want to put on some more relaxed dance music like Jamie xx or Disclosure. This fits the latter.

I know I mocked this song in my album review, but it’s not that I have an issue with the song itself, it’s super catchy and fun, and better than most radio hits, it just didn’t fit in with the album as a whole.

Oh, brother. This one had a REALLY stupid music video. I suppose Disclosure isn’t really “indie” at this point, but it’s not as mainstream as Avicii right? It’s still alternative? I’m hip and cool and not old right?

It’s a funky kind of summer I guess. Although I was disappointed with Toro’s most recent release What For?, this song is an instant classic.

Now here is a music video I can get behind! Simple, and seems to go with the music!
I heard this song in a Hollister last week and I’m not sure how to feel about that. (Yeah I shop at Hollister, so what? wanna fight about it?)

Damn I love this song, and I can deal with it’s music video, although it’s a bit boring. Brandon Flowers’ last solo album kind of stunk, so i was suprised at what a fun listen The Desired Effect has been. Great pop hooks, awesome vintage 80’s feel, and just excellent singing by Brandon Flowers. His voice is tremendous.

After releasing the ultimate indie summer jam “Deadbeat summer” in 2009, Neon Indian follows in the footsteps of his Grand Theft Auto V song “Change of Coast” with a song called “Annie”. It’s got that light and bouncy 80’s feel, like it would be featured in a Beverly Hills Cop movie.

Alright let’s be real here guys, I ONLY wrote this article so I could tell you about this band. Their debut album My Love is Cool is really really good. It has great grunge-y influences, and is similar to 90’s-inspired bands like Sunny Day in Glasgow and Speedy Ortiz, but it’s more fun. It has shades of Nirvana, Radiohead, The Shins, and so much more. I also recommend their song “Giant Peach.”

How could this not be a great summer song? The band’s name has summer in the title! This song fits into my loud fuzzy guitar and chants requirements for a summer song. It’s more of that indie surf rock style you can find from bands like Real Estate, Best Coast, Surfer Blood, Wavves, Craft Spells, Mac Demarco, Wild Nothing, and Washed Out. That’s a whole other summer indie vibe.

They’re a lot like Tame Impala, but focus a little more in funk and classic soul.

It has L.A. in the title! Can’t get more summer than that! I really hated the original music video for this song.

Their website defines them as “Multi Dimensional, Polyrhythmic Gangster shit”. Nuff said. Hot off their Grammy for the song “Nakamarra”, performed with Q-Tip, Haitus Kaiyote release their debut album Choose Your Weapon, full of some of the most incredible musicianship I’ve heard in a long time. For more on their work with Q-Tip, click here.

When ho’s start being loyal, then this song will stop being THE ULTIMATE SUMMER JAM! But until then…