2014 was an interesting year for hip-hop. Whether by choice or due to setbacks, rap’s heavyweights didn’t drop any new projects . This year was the year of the Independent and underground rappers. It was dominated by great bodies of work and very little hype or gimmicks…well not completely (cough, cough Iggy and Riff Raff cough). Also, not to mention the takeover of the collab album with rappers teaming up with one sole producer to handle the beat selection and direction of the project. Run the Jewels, MadGibbs,and Prhyme, are all three critically acclaimed projects that have impressed us and have been praised across the board. Since no real major hip hop heavyweights have projects out, they’ve been able to flourish and garner the proper attention. Ross put out two albums this year but but they both kinda came and went don’t ya think? Also, this was the year for the west coast’s reemergence. They made sure to prove Kendrick Lamar wasn’t the only act worthy of sitting atop hip-hop’s throne.

YG put out “My Krazy Life” a conceptual-autobiography that made some people call it the rap album of the year. TDE’s other MC Schoolboy Q also showed Black Hippy isn’t a one man show. Oxymoron is a look into Schoolboy’s up bringing, describing his life as a Hoover crip and honing in on his past drug addictions. Common and Jeezy both touched on the social conscience of the hip hop world in their own ways with their latest projects. STALLEY and Big K.R.I.T. also dropped solid projects this year, showing that lyricism comes from all regions. Both of these rappers wear their hometowns on their sleeves as a badge of honor and use rattling 808’s in their production. Nicki Minaj also put out her long awaited The Pinkprint album and is the most crossover rap album of the bunch. TPP is Nicki’s most personal album to date and shows her finally finding balance between being a pop star and a rap star.

While holding down both crowns, Nicki takes you on a joy ride of ups and downs through her pink lenses. Last but not least is hip hops biggest surprise as well. Light skin Jermaine released his 2014 Forest Hills Drive project with very little promo and no radio singles at all. Cole just recently received the great news that his album debuted at 1 for the third time and will be 2014’s biggest first week release for a hip hop artist. Cole took a page out of BEYONCE’s book, and worked on his project quietly all year and just sprung it on us. The album has no features and did I mention no major radio hits? The album is just a solid body of work, with Cole putting out his best work since his critically acclaimed Friday Night Lights. 2014 only has about 2 weeks left and who knows maybe another surprise is in the works from one of our favorite major rap superstars, but these  are ourtop ten hip-hop albums of 2014 for now. See how they rank.

8. The Pink Print – Nicki Minaj
Stand out tracks ( Feeling Myself, Only, Truffle Butter, I Lied, Big Daddy, and Shanghai) 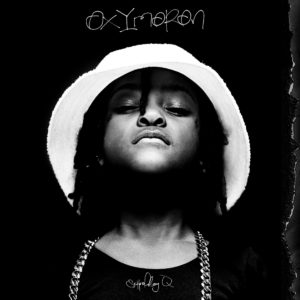 6. Oxymoron – Schoolboy Q
Stand out tracks.( Gangsta, Studio, The Purge, Collard Greens, Msn of the Year and Hell of a Night)

5. Prhyme – Royce 5’9
Stand out tracks( Prhyme, To Me, To you, Underground Kings, and Microphone Preem)

4. My Krazy Life – YG
Stand out tracks ( BPT, Meet the flockers, Who do you love, Bicken Back Being Bool and Bompton)

Muhammad Ali In Hospital With Pneumonia

Watch: “Melanin Worth More Than Gold” Clever Best (Produced By. Alvie the Skywalker) 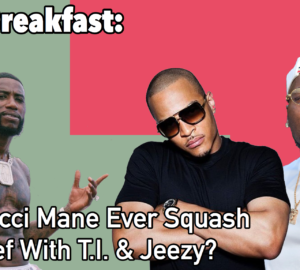