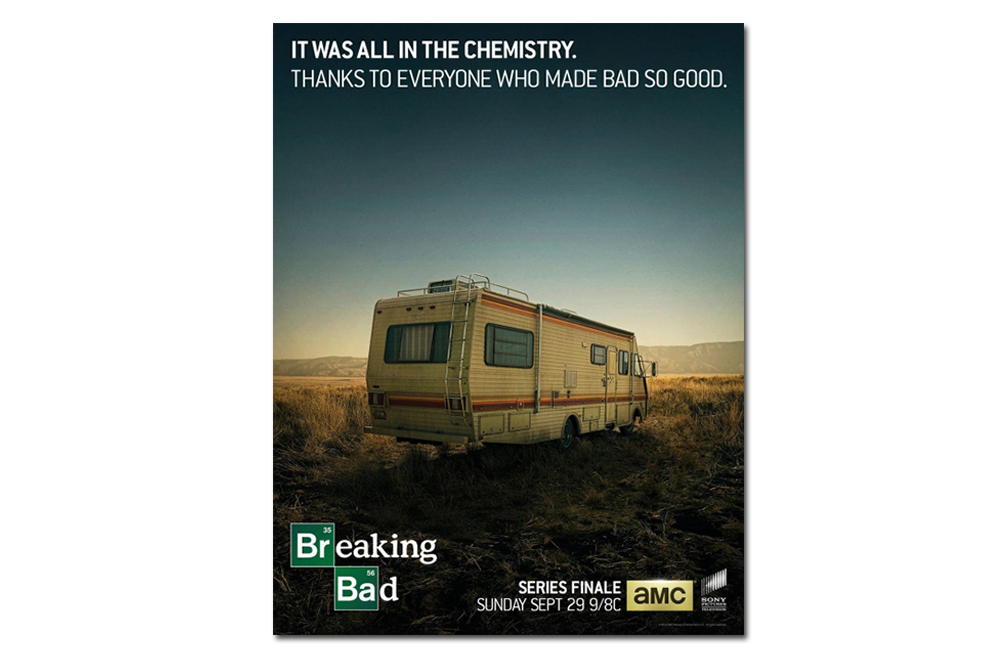 The countdown to the series finale for Breaking Bad is in 9 days ladies and gents , September 29th to be exact. Recently, Peter Gould, the shows executive producer took to Twitter to announce that the last two episodes of the epic drama will run 75 minutes each.
Adding an additional half-hour of screen time which hopefully means there will be no questions un answered like other great shows that have questionable season finales (think “Seinfeld” and ” The Sopranos”). Recently a poster was released with the camper where it all began with a clever tag above saying , “It was all in the chemistry. Thanks to everyone who made bad so good.” The final two episodes are set to air September 22, and September 29.