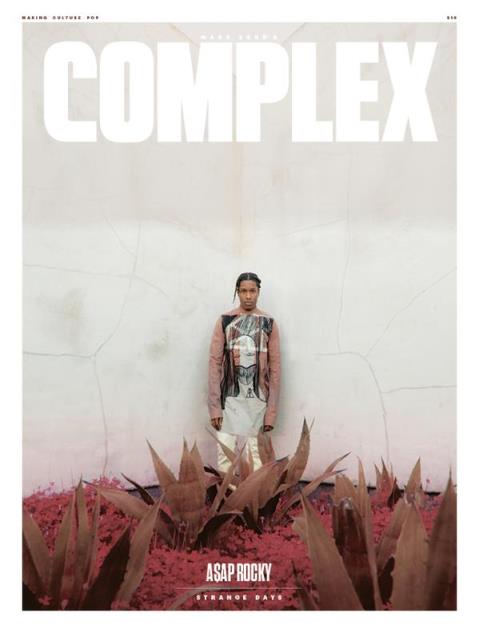 With his album At.Long.Last.A$AP slated to drop sometime this year, A$AP Rocky covers the latest issue of Complex. Rocky touches on a variety of topics. Among them of course was new music, but he also took the time to speak on racial tension in America.

“It’s fucked up. That’s all it is. Cops killing people, people killing cops. It’s all fucked up. I think it’ll all change soon. I think people with a badge—or not—are gonna stop abusing authority across the world, and learn to appreciate one another. For real. [Smiles.] All they need is weed, some love, some good sex, some good-ass music.”

“It comes with the game. If she fake on something, somebody is going to call her bluff. That’s life.”

“[It’s] unfortunate because nobody wants to be portrayed that way. I’m quite sure she doesn’t. I think she works hard like the rest of us. Silly or not, 300 million people like to watch it on YouTube, so who the fuck are we to say anything?”

“I’m not looking at her from a standpoint of ‘I used to be boning this chick’s back out.’ I’m looking at it [as]: She’s a just a person. You can’t bluff. You gotta just be 100. That’s all I could really say. The question is: Was she not being 100 about something?”

On dissing Hood Air & Been Trill:

“I’m taking full credit for Hood By Air, for anyone knowing anything. Yes. I’m taking credit for that. I liked it when I was way younger. It had a little run here and there, but nobody ever really kicked it off. I knew Shayne [Oliver] on a personal note. I was like: ‘Yo, let’s bring this shit back.’ It took me years. Shayne’s stubborn.”

He also speaks on the death of A$AP Yams, what he regrets from his debut, and much more. Interviewed by Joe La Puma, read the full story here.

What We Learned About Jay Z’s New Streaming Service TIDAL