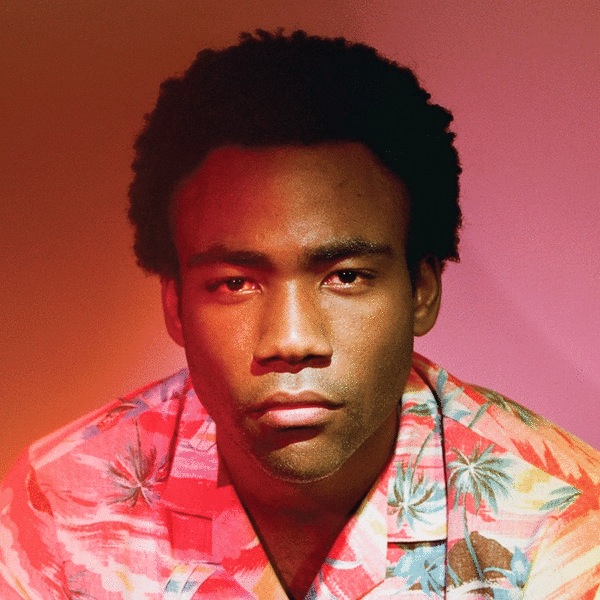 It’s always going to be difficult for people to understand and take heed to an artist’s transitions, but it can be done. We’ve seen Kanye West fight to go from hip hop producer to rap extraordinaire, to…well.. the countless amount of things he’s fighting for today. We’ve also seen the more extreme transition exemplified by Jamie Foxx; Comedian, Actor, and Singer. Coincidentally, those are the very things that mirror the career of Donald Glover, of whom we know in the rap world as Childish Gambino. ‘Bino’s 2011 debut Camp showcased his development and was a bit rough around the edges, while 2012’s Royalty mixtape showed us his lyrical abilities amongst heavyweights, as well as his production skills. For his sophomore set Because the Internet, ‘Bino navigates listeners through an interesting tale of the wealthy life, love, and embraces the reclusion we all suffer largely due to the world wide web.

Because the Internet is a challenging listen to say the least. That’s not necessarily a bad thing, but we’re offered many different layers to take in. For one, there’s an interactive 73 page script that we’re encouraged to read for a better understanding of the album. But in an era where if a Youtube video lasts more than 10 minutes, it’ll be hard to skim through for this generation’s “come and go” audience. That’s not to say the tracks aren’t tolerable on their own. The opener “Crawl” is a grandiose introduction and is what long time Gambino fans have come to love about him; tongue-in-cheek metaphors, lighthearted punchlines, and of course internet references (“hashtag “ni*gas be like”). And while this is followed by “WORLDSTAR” (an ode to the internet’s wildly popular site of the same name), don’t mistake the album’s title for a full-on internet love fest. What ‘Bino does keep consistent is how much the interactive script and the album tie into each other. This means guest features would’ve had to be limited, and so they are. Rising star Chance the Rapper guests on “The Worst Guys,” but leaves the spotlight for Childish as he serves up two standout verses. Not without their flaws though (“Tia and Tamera in my bed, I’ma Smart Guy”). But wouldn’t that mean Tia and Tamera are your sis..ahh never mind.

Other guests that keep it to a minimum include Azealia Banks on the bouncy EDM influenced “Earth: The Oldest Computer (Last Night),” Lloyd helps usher in the briskly smooth “Telegraph Ave,” while Jhené Aiko shows up for the lovey dovey “Pink Toes,” telling the story of a guy that moves drugs for a living but his woman sticks by his side knowing it’s gonna be better one day (again, this one ties into the script pretty well). The real standout of the album lies within “Shadows.” ‘Bino tells the story of a guy not giving his woman the love she deserves. “She said, love me better, kiss me back, listen more” he croons, before heartlessly breaking it to her “I hope you understand, we were never friends.” It’s the kind of breakup no one would want to be on the other end of. Throughout the album, there’s a lifeless feel, but it’s intended to be there. The double voice effect of “Flight of the Navigator” can be both relaxing and sad, while ‘Zealots of Stockholm” pulls us in with subtle coos, scattered with sprawls of insightful lyrics. “I never understood the hate on a ni*ga’s preference when every marriage is a same sex marriage; Same sex everyday, monotonous” he emotionlessly raps.

Can’t lie, I’m a bit disappointed that there wasn’t a great amount of rapping on this album, but it manages to offer what radio loves (see the single “3005,” and “Sweatpants“) and still maintain it’s artistry. That’s not to say he isn’t an exceptional singer though, cause correct me if I’m wrong but dude damn near channeled Maxwell on the short and sweet “Urn.” For an album to rely so heavily on people reading a script is a bit of a stretch especially in this day and age and I couldn’t stress that enough. But that may very well be his point in it all. In said script, he exemplifies everything we’ve become; awkward in one on one discussions but charming as all hell behind our computers and phones. Is this a wake up call for us all? On “Life: The Biggest Troll,” he closes rapping “Life’s the biggest troll but the joke is on us, yeah the joke’s you showed up.” Leaving the gap far too open to try and determine. What can be concluded though, is Gambino has grown as an artist without a doubt in the past two years, and has added another level of creativity in music, all while unmasking the internet as a far too superior tool. Thumbs up emojis.