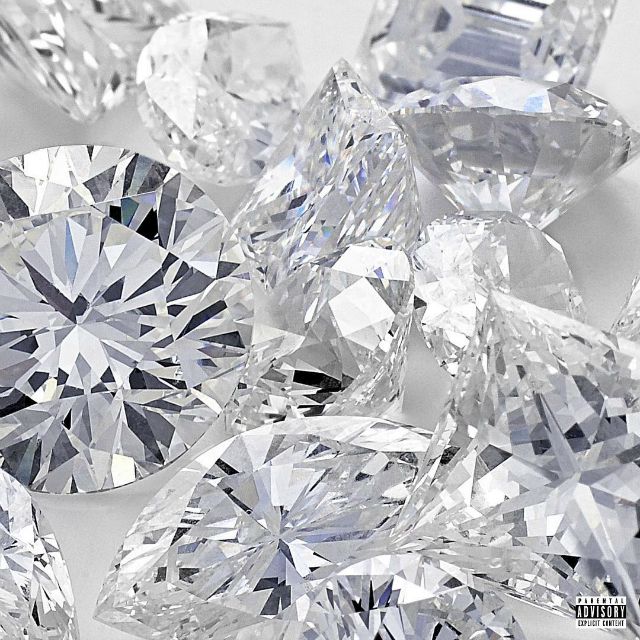 Okay before we jump into this, let me start by saying this: What a Time to Be Alive is NOT the best album of 2015 — I saw your tweets and Instagram memes, and I get it.

However I do think that it’s the album that defines 2015 the most, so far at least.

After fake release dates with countdown sites, hints on twitter, radio personalities making confirmations; I mean I was really waiting for ESPN’s Steven A. Smith to report he had a really good source in Drakes camp or something. But Sunday night‬ on Drake’s Apple music radio station OVO Sound, we finally got the “surprise release,” from Drake and Future. Rolled out a little differently than their previous records, If You’re Reading This It’s Too Late and DS2. IYRTITL is the only rap album released this year that went platinum and Future’s DS2 was his first No. 1 record. (WATTBA is projected to sell 500,000 copies). Both projects have definitely been the bookends of music’s sound for the year. Okay, now I know what you’re thinking: yes Kendrick, Big Sean, Wale, A$AP Rocky and many others had great albums come out this year but nobody held it down this year like Drizzy and Future, especially Future.

The WATTBA album cover is a collage of diamonds, and not to get comparisons started buts it’s a little similar to the cover of Watch the Throne and its reflective gold packaging. That’s where the comparisons stop for me though. You see, while Drake and Future are currently hip-hop’s two top dogs like Jay and ‘Ye were at the time of WTT‘s release, the energy on WATTBA is totally different and are absolutely incomparable.
The album kicks off with “Digital Dash”, Future takes the reigns floating masterfully over the Metro Boomin’ track with his classic Atlanta drawl, and Drake enters the track sounding rejuvenated with sped-up Migos flow. On “Diamonds Dancing,” Future’s hook on the track is delivered with a cadence similar to his DS2 track “Stick Talk”. “Jumpman” finds Drake attempting his best Young Thug impersonation. These two are driving home the fact that this album is inextricably linked to the same creative juices both artists are currently pumping from their latest projects.

While Future’s music style is effortless (you can see where I’m going with this), Drake’s overuse of impersonating other flows is tiring; especially when we all know Drizzy doesn’t need to imitate others flows. The track that finds Drake in his comfort zone is of course the save-a-stripper anthem “Plastic Bag” — currently crooning to the ladies at strip clubs nation wide. “Scholarships” is the moody track that finds the two rappers bouncing off each-other masterfully, both taking turns at hook duties. The albums stand out track is “Big Rings,” Drake and Future are talking that big-brash talk and maybe even a shot at Meek Mill? Future raps: “You Just a battle rapper, I’m an official trapper/ Niggas be droppin’ subliminals, they’re some jibber jabber. 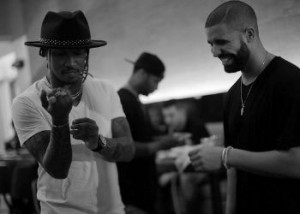 I just want to point this out: WATTBA is a Future album featuring Drake, and that’s not a bad thing.

Please, Drake’s fans: do not crucify me for saying that. 2015 has been Future’s coming out party (pause). Since last year’s Monster, he has put out music like a man possessed. The only rapper to deliver more music over the past 18 months is Gucci Mane. Not to mention also that Future’s in-house producer Metro Boom’ produced 7 of the 11 tracks on this LP. Future and Metro built the albums framework and Drizzy followed their lead. Drake’s reflective raps make you want to call your ex and tell them you miss them until Future’s aggressive trap raps make you put the phone back down and say FUCK THAT B*TCH! This dynamic works very well in my opinion. Take “Change Locations” for example, their chemistry is very apparent here. While on twitter the other night, I read a tweet that said “Listening to ‪#WATTBA‪ is Nayvadius (Future) taking Aubrey (Drake) to a bando in Atlanta and tellin’ him “Don’t trip, folk. You good here.” And that’s exactly what it must’ve been like for Drake to enter Future and Metro’s world.

#WATTBA is Nayvadius taking Aubrey to a bando in Atlanta and tellin' him "Don't trip, folk. You good here."

Listen we all need to thank Drake and Future. How often do we get two of rap’s top artists at the top of their respective games on an entire album? Imagine if we got that Murder Inc. album with Jay, DMX and Ja Rule, or that Lil Wayne/T-Pain He Raps, He Sings project? The album title is genius in that sense because after the horrible year music endured last year, It truly is a great time to be alive.

Although the album could’ve been released for free as a mixtape on datpiff, the fact that it’s not is perfect. Others before them have definitely defined mixtapes without a doubt, but Drake and Future’s careers are made off of their classic mixtapes. I know a lot of the times when your favorite rappers decide to record a project together it ends in disaster or one rapper outshines the other: Future and Drake found a happy medium with exquisite production, great hooks, party anthems and plenty of quotes for twitter timelines. The album’s concept, execution, and reception, is literally everything we have come to expect from our artists nowadays. The public always wants more new music and their attention span is shorter than mini-me. Drake and Future did exactly what a trapper or a big time CEO would do with a product that’s in high demand: they bottled it up, packaged it well, and sold it to masses.

Drake Talks “Views From The 6,” Meek Mill Beef, and More With The Fader