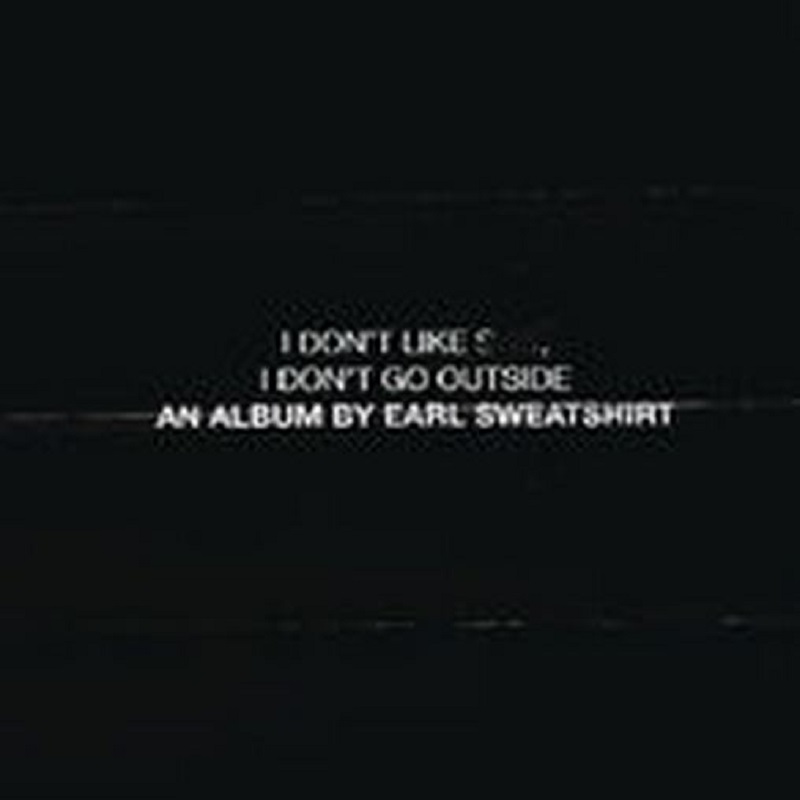 It is cruel, you know, that music should be so beautiful. It has the beauty of loneliness, of pain: of strength and freedom. The beauty of disappointment and never-satisfied love. The cruel beauty of nature and everlasting beauty of monotony.

I consider myself to be an avid lover of music. But often, I tend to be very critical when it comes to Hip-Hop, so much that I’m often chastised for it. I rarely find an artist that I’m willing to add to my iPod and most of my favorites predate the millennium. But still, I fondly recall my entry into the mind of Earl Sweatshirt, a wayward sixteen year-old boy from the suburbs of California.

“Yo, you ever heard of Odd Future?” a friend said, as he turned from the glow of his computer screen.

“You never heard of WOLFGANG?” He paused.

“Well, then you needa listen to Earl Sweatshirt, He’s killin shit; you’ll love him. He’s gonna be the next big thing, I’m tellin you.” He assured me eagerly.

My first introduction to Mr. Sweatshirt was EARL, arguably his most notable hit. A violent and brow-beaten yarn, that would surely resonate playfully in the heart of a young Marshall Mathers. It painted a clean-cut picture of his undeniable lyrical prowess and displayed his immaculate wordplay with a concise lucidity that solidified his lane in the game. The album, as a whole, was one of my personal favorites. I still find myself blasting “Kill” through the tangled earbuds of my iPhone, while subjected to my early New York City commute.

Alas, enough dwelling on the past, let’s speak on his newest release, I Don’t Like Shit, I Don’t Go Outside. From the opening cries of “Huey”, the album seems to be a Frankensteinian creation, birthed from the broken-down basement of Eminem and MF Doom’s estranged love child, something much expected in accordance with his previous work. But, opening with the bitter rejection of “Faucet” and peaking around the self-understanding of “Grown Ups”, the out of focus image begins to sharpen. I Don’t Like Shit, I Don’t Go Outside, is a slow, crippling realization of a troubled artist. An artist fettered, longing to express himself, but exhausted by life. He seems to be searching for lost words, but without an answer. Throughout this album he frequently harkens back to its title. It serves as a reminder to his condition. He’s a normal person struggling to deal with fame, friends, drugs, women, his own music and the discovery of himself. This is his most honest, and heart-wrenching work on par with Tupac’s Me Against The World.

“Grief” is the album’s longest and most defining track. It is the pinnacle of his anxiety and the principle of his despair. He frequents his distrust in the people and world around him, finding it hard at times to even trust his own thoughts. It is the heart of the album, a comment on his relationships and his grip on reality. The swirling cries of an artist losing himself, reminiscent of Geto Boys’ “Mind Playing Tricks On Me”.

“Wool” is his most lyrically sound entry. It could have easily been a B-Side left over from the original takes of EARL. He comes out swinging within the first bar, speaking of guzzling 40s and denoting Jehovah, a topic he has never shied away from. It is a formidable pairing of Earl and Vince Staples, that breaths a cool, aggressive freshness into the final track of a ultimately dark and pensive album.

I’m glad to see Earl progress as an artist and as person. I believe that music should be a reflection of ones emotions and the bearing of their soul through the conduit of instruments and lyrics, and with this addition he hits all points. I hope that more artists follow suit, and reveal their inner selves. All and all, I Don’t Like Shit, I Don’t Go Outside is a great artistic endeavor, worthy of any Hip-Hop fan’s praise. It is a necessary mirror for the public into the eyes of the artist. But at times, behind the jazz-like melodies and the swollen howls of lament, I find brief instances where I’m overcome, my bones shaken and worn, by the faint echoes of my nostalgia for EARL.