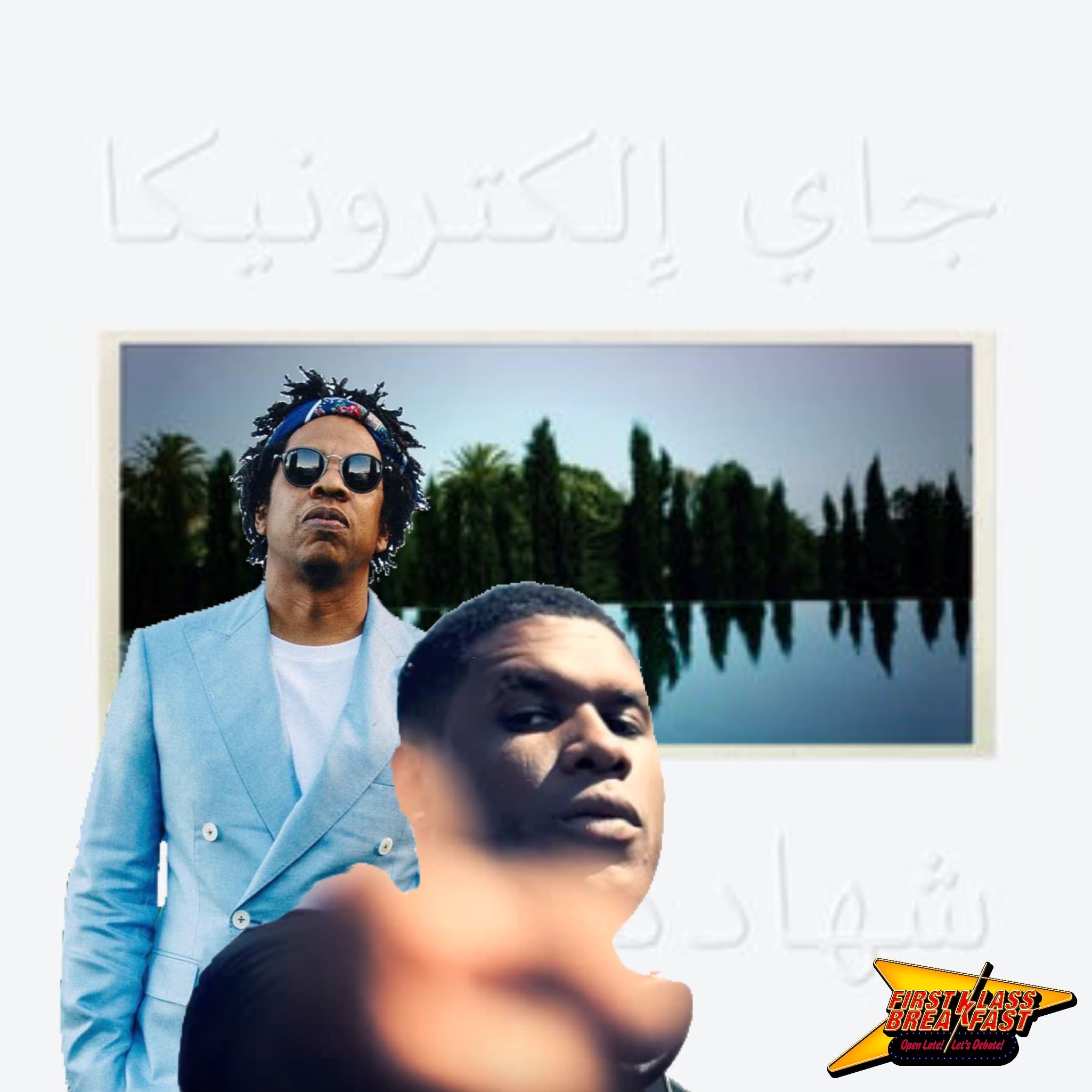 It’s hard being a Jay Electronica fan. After releasing the revered, Just Blaze produced “Exhibit C” in 2009, the Magnolia Projects native was expected to reach hip hop’s coveted ‘God MC’ status. He went on to gain co-signs from The Honorable Louis Farrakhan, as well as J. Dilla, Diddy, Mos Def and other hip hop titans. That’s a lot of pressure for anyone, but heavy is the crown, right? The following year Jay-Z beat out his good friend Sean “Diddy” Combs in a bidding war to sign the enigmatic rapper, making his debut album the most anticipated project since Kendrick Lamar’s ‘good kid Madd City.’ Ten years, one very short mixtape, and a few singles later and Electronica finally delivered. On February 7, 2020, Jay took to Twitter to announce that, after 40 days and nights of recording, his album was done. He gave a release date, and ended his string of announcements with the album title: A Written Testimony. This instantly sent the hip hop world into a frenzy. Some loyal, patient fans rejoiced, while others scoffed with disinterest. The question on everyone’s mind was, undoubtedly, whether or not Elect would disappoint?

Jay Elect apparently scrapped his original debut ‘Act II: (The Turn),’ which had a tracklist leak back in 2015 for AWT. Similar how Dr.Dre abandoned ‘The Detox’ for ‘Compton.’ The project opens with a powerful speech from Minister Louis Farrakhan, setting a militant tone for the next 40 minutes. Jay is heavily influenced by the Nation of Islam and the teachings of The Honorable Elijah Muhammad. As the first track, “The Ghost of Soulja Slim,” opens, Jay-Z immediately steals the show. He races Electronica to the forefront, and commands all attention.

“My ancestors took old food, made soul food/ Jim Crow’s a troll too, he stole the soul music/ That’s the blood that goes through me, so you assumin’/ I could never sell my soul, they sold they soul to me.”

A 50-year-old Billionaire rapping with the same hunger and vigor of his youth threatens to defy the laws of rap physics. We find out very quickly that this is more a joint album, than a Jay Elect solo album. Blue Ivy, Sir and Rumi’s dad left his fingerprints all over this project. Though there is notable production from No I.D, The Alchemist, Swizz Beatz, Hit Boy, Electronica, and a few more. On the “Never Ending Story,” Jay Elec turns his humble beginnings into a cautionary tale, detailing how his religion saved his life from the devil. With his heavy NOLA accent, Jay Electricity delivers some stunning bars on the short but stunning “Fruits of the Spirit.” In 1 min and 30 seconds, he showcases his complicated wordplay squeezing in an array of subjects from Thanos, to the teachings of Islam, to the Underground Railroad, to his friend and fellow rapper Vince Staples. On “Ezekiel’s Wheel”, he answers his critics, rapping: “Some ask me, ‘Jay, man, why come for so many years you been exempt?’/ Cause familiarity don’t breed gratitude, just contempt/And the price of sanity is too damn high, just like the rent/ Sometimes I was held down by the gravity of my pen/ Sometimes I was held down by the gravity of my sin/ Sometimes, like Santiago, at crucial points of my novel/ My only logical option was to transform into the wind.” Now there are two truths here. As a man he has nothing to prove. But as a lyricist with adulation surrounding him, he owes his fans.  On “Flux Capacitor,” a heavily New Orleans bounce saturated track (and undoubtedly the most up-tempo offering on the album), Jay-Z uses the opportunity to respond to critics about his partnering with the NFL in the midst of their Colin Kaepernick feud, rapping “Why would I sell out? I’m already rich, don’t make no sense/ Got more money than Goodell, a whole NFL bench/ Did it one-handed like Odell, handcuffed to a jail/ I would’ve stayed on the sideline if they could’ve tackled that shit themselves.” He concludes with a quadruple entendre, “You backstabbers gon’ turn me back to the old Jay/He’s not who you wanna see, he’s not as sweet as the old Ye.” In it, he references the classic O’Jays song “Back Stabbers,” his stabbing incident with former friend Lance “Un” Rivera back in 1999, disgraced hall of fame football player O.J. Simpson, and his former protégé Kanye West. As the kids say “This n**** is spittin’.” Jay Electronica’s shining moment of the album is the last track “A.P.I.D.T.A.” in which he reveals his more vulnerable side, rapping about his beloved mama.

Compared to other highly anticipated debut rap albums like 50 Cent’s Get Rich or Die Tryin,’ Kendrick Lamar’s ‘good kid Madd City,’ or Kanye West’s ‘College Dropout.’  ‘A Written Testimony,’ doesn’t live up to the expectations. Imagining what this album would sound like for ten years and to only get Jay Elect on half the songs feels like an episode of Punk’d. Yes, Jay Electronica is a talented lyricist who was obviously born to rap. And he stood toe-to-toe with Jay Hova. But hearing him take the sidekick role was not anticipated. The highlight of the album is Jay-Z and that’s not how any artist wants their debut album to be remembered. Jay Elect is an elusive, distracted artist which makes him difficult for fans to follow. We technically only got 8 new tracks after waiting ten years, and he’s only rapping on half of them. Will we have to wait another ten years for another project? For a man that wants us to have faith, he gives little to keep us invested.

Late Breakfast: Who Are Atlanta’s Top Rappers of All Time?