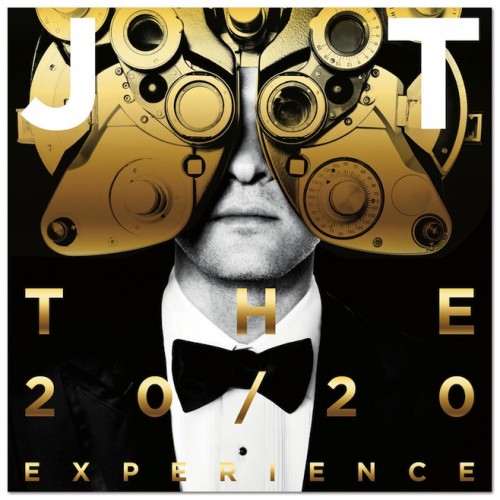 It’s not like Justin Timberlake couldn’t just tuck this year in as one of his greatest feats. The guy dropped a critically acclaimed album just 6 months ago; one that sold damn near close to 1 million copies in its first week, putting to rest the idea that JT won’t have the same impact after close to seven years of absence on the music scene. While The 20/20 Experience still stands as the highest selling album of the year, JT still serves up a disc full of “new” material seemingly left behind from his previous recording sessions, and deemed it The 20/20 Experience 2 of 2.

Where the first disc flourished with its marketing strategy, the second part paled in comparison and was instead touted as an album of leftover material. None of the songs are as refreshing as it’s predecessor, which in turn makes it hard to enjoy. The opener “Gimme What I Don’t Know” for example, isn’t anywhere near as cinematic as “Pusher Love Girl” from his previous disc. It becomes clear JT is in search of a darker undertone, but that becomes hard to digest when 6 months earlier, he offered us the next generation’s wedding ballad with “Mirrors.” “If you’re looking for your animal, hop in my cage” he now quips over Timbaland’s menacing production. And it gets darker. “True Blood” serves as spellbinding, but sticks to the cliche theme of vampiric love, while elsewhere “Drink You Away” finds Justin in full on alcoholic mode, trying to drink away the memory of a failed love. The production on this disc fails to be as euphoric as the first time around. Some of Timbo’s offerings coming off as throwaway material, rather than the well-crafted hits he’s offered us for years on in. “TKO” is a glaring example of this, although it’s still light years ahead of what’s being offered on radio, it falls short of delivering the real one two punch that you’d expect. Fact of the matter is, these two as a duo have spoiled us and now we want more.
When they mean business though, flaws are rarely in sight as evident on the Drake-assisted “Cabaret,” or the smoothly delightful “You Got it On.” But it’s back down hill where Jay Z shows up on “Murder.” It’s become apparent these two haven’t found the right footing with their collaborations. Also, unlike 1 of 2 where the songs were justified in their lengthy runs, this time around it’s almost as if they purposely tried to make songs cross the 5 minute mark. The closer “Not a Bad Thing” is reminiscent of JT’s glory days with NSync, but runs for an overbearing 11 minutes.
Very rarely do we get a sequel that satisfies us like the first time around. (We’re waiting on you now, Eminem) But for a guy that has yet to make a flawed step musically, this is a bit disappointing. It was doomed from the beginning considering the fact that no one ever wants to feel like they’re getting left overs. This misstep doesn’t take away from the fact that JT is still one of the biggest and most consistent pop stars we have to offer, but these tracks should’ve remained on the cutting room floor.
regg Oct 10, 2013
previous article