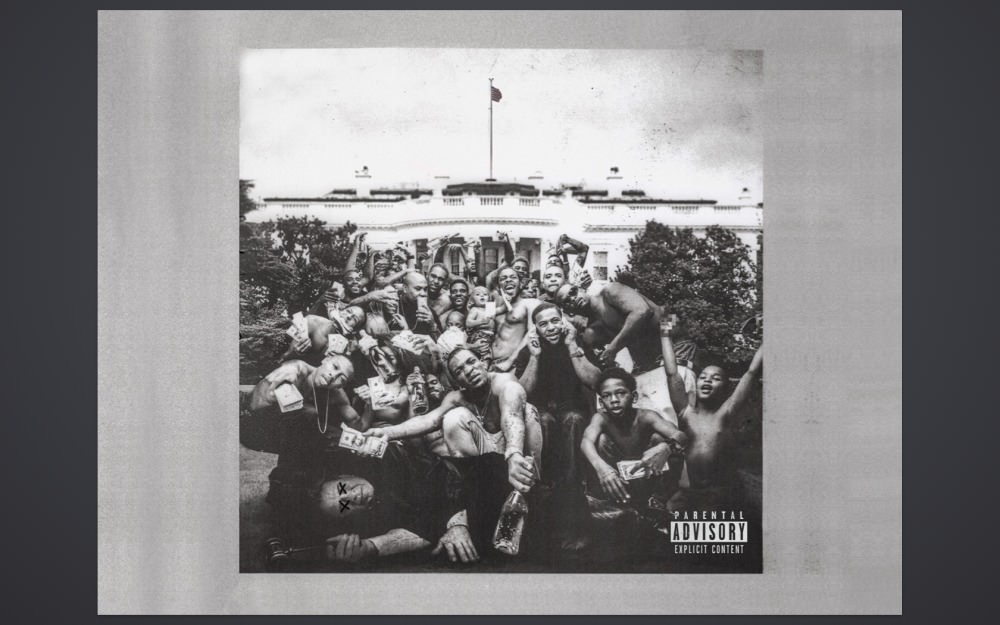 In 2009, during the filming of Tha Carter documentary, a camera man asked Lil’ Wayne to name a song he was recording. “I don’t name mixtape songs,” he scoffed. Times have changed. Gone are the days when Dipset would show up at a radio station and record a song in the middle of their interview. Now the best mixtapes are entirely original efforts. Drake, Chance The Rapper, Isaiah Rashad, and Big K.R.I.T. owe their success to carefully crafted albums disguised as mixtapes. Hip-hop isn’t dead anymore. It’s alive, and more importantly, it’s aware.

“I treat every project like it’s an album anyway”, Kendrick said in 2011. “‘These are my leftovers, y’all can have ’em’, nah. I don’t do nothing like that.” Section 80 and Good Kid m.A.A.d. City were brilliant in the field reports of what it was like to be black and disenfranchised in America. To Pimp A Butterfly is the next stage in his evolution.

Progressive jazz, soul and funk set the tone here, recalling an era when Black people had much less to take for granted, where music was one of the only forms of expression. The beats chosen validate Kendrick’s commitment to the concept and his commitment to his people. This album is a love letter, a war cry, and a cautionary tale all at once. At its beginning Kendrick is a conqueror, taking the world by storm and claiming for himself everything he was denied. “For Free” and “King Kunta” are chest thumping proclamations of Kendrick’s belief in himself. He forsakes his loved ones in the pursuit of power, descending to the depths and confronting his self hatred on “u”, almost to the point of taking his own life.

“Alright” is his dawn after the dark night, in which he emerges ready to defend not just his family, but his people. This is his transformation from proud fool to angry champion. He still hasn’t learned all there is to know. “How Much a Dollar Cost” is a poignant example of the story telling that hip hop fans have been missing for quite some time. In this song, Kendrick refuses to help a homeless person that turns out to be God himself, forfeiting his salvation in the process.

“The Blacker the Berry” is the most obvious angry song on the album. This is the moment where the final transition occurs. By the album’s end, Kendrick becomes a loving teacher, less Achilles and more Nelson Mandela. He sees pride and rage for what they are: deadly sins. There’s no telling if peace is the answer. Kendrick isn’t certain this will work. He’s only one man but if this path cultivates respect and unity, it’s already better than the old way.

“It was like working with an old friend. He done paid attention, he done studied.” George Clinton put into words what we already knew: Kendrick Lamar is one of the most thoughtful rappers ever. Many retired basketball players have said the same of Kobe Bryant. These two competitive, methodical men appreciate their moment in the sun and refuse to waste time, or to let others waste it either. What they also have in common is conviction. It’s what they both use to put forth efforts that are timeless, polarizing and undeniable all at once. To Pimp A Butterfly is a brilliantly executed concept album. It’s the work of a man who knows that the tongue is mighty powerful. He is determined to use his voice for good.

Watch the Second Trailer for the “Entourage” Movie