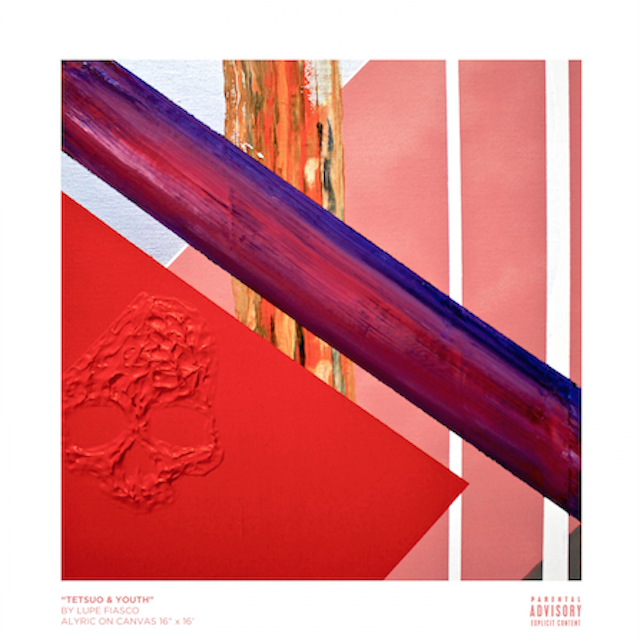 Tetsuo & Youth is Lupe Fiasco reminding us all what we all came to love from the Chi-Town MC. He made his debut in 2006 with buzz as the super lyrical kid from Chi-town with the co sign from Jay Z. At this point, you would of thought his career would be laid out on a road of golden bricks. I mean don’t get me wrong Lupe has seen success too with high praise from critics and his peers alike. Lupe’s major problem has always come with his label and his album releases. The stories about the tactics Lupe has had to take to get album release dates are things of music industry legend. For his third album Lasers, Lupe Stans organized a protest and actually secured it’s release after months of delay. More recently an anonymous source threatened to e-attack Atlantic if it did not announce a release date for Tetsuo & Youth. Within 24 hours the label agreed to give Lupe and his camp what they wanted. What artist do you know with fans that loyal?!

Going into this project I was already optimistic about what to expect, and I must say this is Lupe’s most focused project since The Cool. Instead of taking the conceptual route, Lupe took a theatric approach and broke the album down into four parts, naming each part after the four seasons. Sonically the beginning of each season sets the mood for the tracks that follow.

The opening track is “Summer.” It has a nostalgic feel like a pleasant childhood memory, almost like playing in the sprinklers on a hot July afternoon. It leads right into the lyrical onslaught “Mural,” and it is 8 minutes of Lupe using double and triple entendre’s that are sure to go over the average listener’s head. You can truly tell Lupe is becoming more comfortable in his own skin in the hip hop world. He no longer seems to care about universal appreciation for his potent flow and metaphors. He recently told billboard:

“It’s not a sad thing for me…I can’t compete with a Wiz Khalifa for the attention of a 12-year old. “

You know what? I’m completely ok with that. Too many hip-hop artist feel the need to rap to the youth instead of embracing age in their careers like other music genres. Lupe was able to tie in his new passion for art into his old legacy. Although “Fall” is less than two minutes long, it plays out like a late night tune in a shady jazz club. It helps tie together the mysterious but polished feel of this “season” of the album. Tracks “Prisoner 1 & 2” and “No Scratches” are also both insightful and brilliant in sound.

“Winter” is the darkest part of the album. The horns and the ambulance sirens’ blaring is like the theme music for the wicked witch of the west. “Deliver” is an album stand out that tells us about a pizza man witnessing all the troubles going on in a Chiraq themed ghetto. ”Madonna” gives a perspective flip, while “Adoration Of The Magi” is Lupe offering metaphors layered in double entendres galore. I know I mentioned this before, but got damn. Like the great Randy Watson, ‘Dat Boy GOOD!” The album calmly concludes with “Spring,” or as I look at it, a new beginning.

The only flaw I noticed on this album was the under whelming Ab-Soul featured “They.Resurrect.Over.New,” which just didn’t live up to what I expected from these two lyrical giants. Tetsuo & Youth is a well-painted picture that Lupe was able to paint using clever wordplay, brilliant story telling and harsh truths about America’s inner cities.