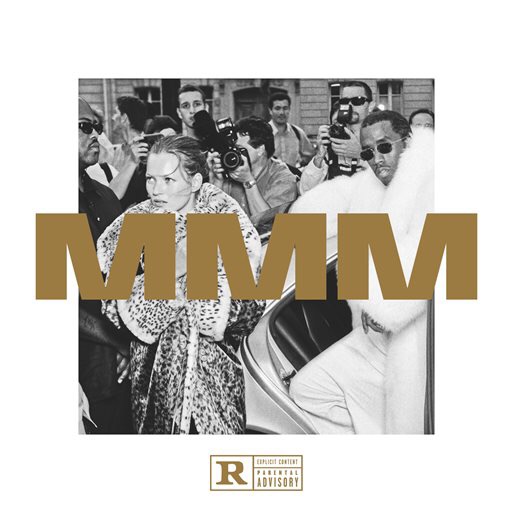 It’s 2015. Why the fuck is Puff Daddy still making music? It’s an easy question to ask when you don’t take into account his usual drop-in pattern. Every few years, Puff reminds listeners, to some degree, why he’s been able to stay around. Take away his contribution to Hip Hop, and we’re left with a gaping hole that could only be filled with greats like Biggie, and a sound so relevant it influenced multiple generations of music. His latest, MMM, is his way of contributing to today’s current sound, and giving it a Diddy-feel. 18 years since his No Way Out debut, Puff doesn’t have much to prove on his free tape. But he is a showman. And in true showman form, he bows before us more confident than ever in his craftsmanship.

MMM is built on the concept of reimagining Mitch from Paid In Full, as a survivor who took his talents and attributes, and applied them to the world of business legally. This Sonic Motion Picture, as he labels it, easily could’ve been straight-to-DVD quality, but it capitalizes on A-list appearances that have a clear understanding of Puff’s motives. One of the album’s highlights comes with “Everyday,” featuring Jadakiss, Styles P, and Pusha T. The production alone is a nod to Bad Boy’s 90’s reign. Diddy remains untouchable when it comes to creating moments. The good times continue to pour in with the triumphant “Auction,” featuring Lil’ Kim, Styles P., and a show stealing verse from Baltimore native, King Los. Los also appears alongside Future for another solid feature with the title track “MMM.”

Although he’s known for basking in the light, Puff actually isn’t at the forefront this time around, like we’ve come to expect. Instead, he lets his features shine as they should. He and his production team build on the momentum around their star-studded guests. “You Could Be My Lover” is another exceptional experience that features Ty Dolla $ign and Gizzle. The song is Ty Dolla’s for the taking, and he doesn’t disappoint.

MMM has highlights throughout, but the problem is they are too spaced out for a completely solid offering. Diddy being at the helm as Puff Daddy & The Family, respectively, gives the project the kind of attention it would need to excel. The issue is Puff doesn’t have a “family” of undeniable talent this time around. The tape is riddled with outside talent, as opposed to before, when the talent was in-house. Without a doubt, it’s missing some key components, but Puff also showcases how to age gracefully in the rap game. Consider this one an appetizer before the full entree that he considerably calls, No Way Out 2. After all, it will be his final bow.