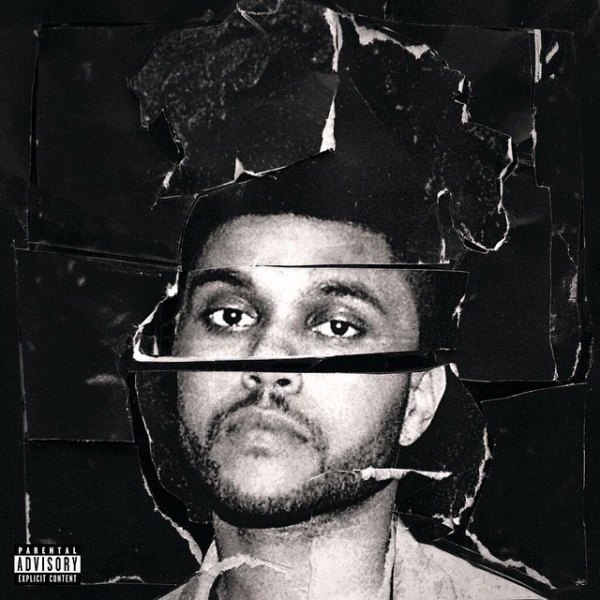 Watching The Weeknd perform his number one single, “I Can’t Feel My Face”, at this years MTV Video music awards was a bit offsetting. The loveless enigma who rarely gives interviews and has a fondness for drugs and sex, was on the VMA stage dancing and singing his heart out like Bruno Mars. If you would have told me he’d be the new pop music darling when he first came on to the music scene back in 2011 with his first mix tape House of Balloons, I would of looked you dead in the eye and asked, “How, Sway?! How?!” Don’t get me wrong, I love the Weeknd’s music, I just couldn’t see him becoming the mainstream star that he is now. Let’s be real: his lyrics are far from PG-13. But with The Beauty Behind the Madness, Abel Tesfaye, also known as The Weeknd, has found a happy medium of crossover hits and dark lyrics, glorifying his anti-hero persona.

With his newfound success, Beauty Behind the Madness is clearly the Toronto native’s proper introduction to the public. Each track sounds like a more polished version of his previous works, like a low-budget cult film getting a big budget remake. Things kick off with “Real Life”, which sets the tone for the album. In the opening verse, The Weeknd announces that he is still the same artist that he has always been: “I’ll be the same, never changed for nothin’”, despite his newfound fame. The song itself is a perfect representation of his evolving style as he sings about women, as we’d expect. Although his upbeat crossover hit, “I Can’t Feel My Face”, is left field of what we’ve come to expect from him, the rest of his album feels like a victory lap, revisiting his previous works from his Trilogy. “The Hills” sounds like it would fit perfectly on his Thursday mixtape, with the dark, eerie horror-movie screams. On “Tell Your Friends”, one of the album’s stand-outs, he croons, “My cousin said I made it big and it’s unusual/ She tried to take a selfie at my Grandma’s funeral”; a small description of how much his fame has taken over his life. “Shameless” gives off a “Wicked Games” vibe, from a more sober perspective. “Angel” finds The Weeknd’s high pitched voice gliding over the track to deliver an epic ballad that may find it’s way onto Top 40. And then there’s “In the Night”, an upbeat 80’s disco-esque song that sounds like nothing we’ve heard from the crooner before. Although the thought of The Weeknd and Ed Sheeran on the same track sounds great, the end result of “Dark World” sounds out of place and forced. No one is buying Ed Sheeran stepping into The Weeknd’s domain of darkness. Both singers have unique and distinct voices that need to remain separate. Sheeran’s voice may not have been compatible with Beauty Behind the Madness, but “Prisoner” is like a match made in Heaven. The transition from Lana Del Rey to The Weeknd crooning back and forth is so smooth, and his harmonies on her verse sound so natural. Hopefully those two will collaborate on a few more songs together in the near future, and maybe even a full-length project.

Beauty Behind the Madness may confuse some with jumps from a from upbeat songs like “Can’t Feel My Face”, to emotional ballads like “Shameless.” And the album sounds like one Michael Jackson could’ve made if he ever grew up. Abel still makes the angelic, high-pitched sound all his own. Despite the discrepancies in pace, The Weeknd makes it a point to stay true to his hardcore fans with brooding, villainous, self-loathing lyrics, and delivering crossover hits that get you out your seat, dancing like Kanye. Unlike most cinematic films, this time the villain wins. The shy Canadian with the weird hair-do is now a bonafide pop star, on his terms, and maybe this has been his plan all along.