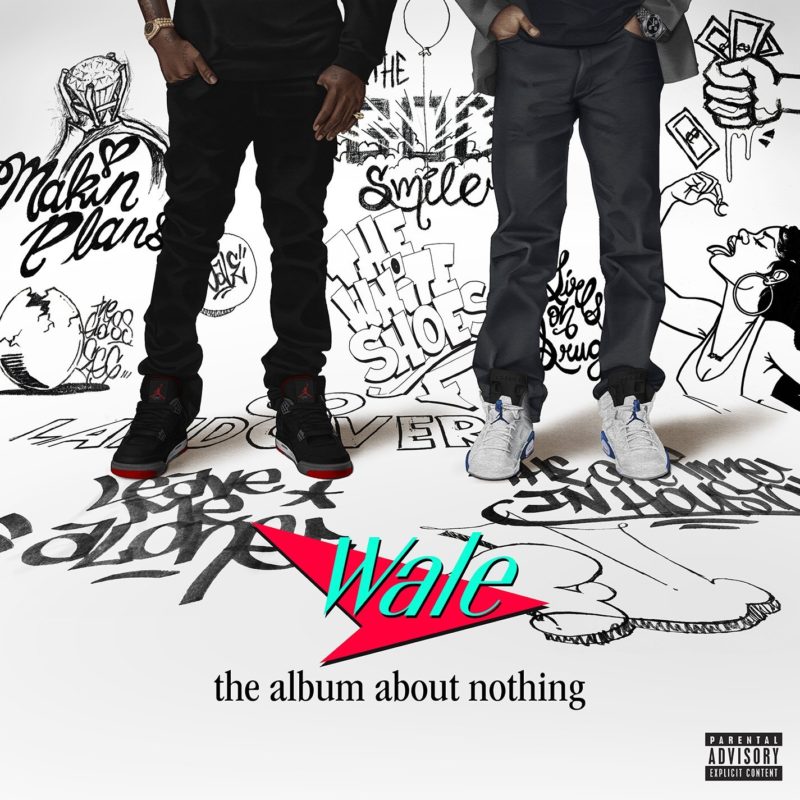 About seven years ago when backpack rappers were flourishing, an emcee from the DMV area named Wale emerged and dropped a Seinfeld-inspired project called The Mixtape About Nothing. The project was smart and unique. It was the mark of a rapper embracing his love for the 90’s sitcom by incorporating it’s roots into an entire mixtape. After signing with Rick Ross’ MMG imprint, it seemed the once promising artist had lost his way. He struggled to please his die hard fan base and lacked the ability to churn out strip club anthems and radio hits similar to his MMG label mates. Now with the release of his latest LP, Wale finally comes full circle with his sound, his voice, and his vulnerability as an MC. His friendship with Jerry Seinfeld is put on display for the world to envy, because after all, who wouldn’t wanna be friends with thee Jerry Seinfeld?

Wale’s previous albums, Ambition and The Gifted, had some bright moments, but failed to reach the heights of his mix tapes. What becomes evident on his latest release is the refreshing transparency of Wale’s internal thoughts and his future plans. Jerry does an excellent job serving as his conscience, the voice of reason to Wale’s growing pains and experiences. The opener “The Intro About Nothing,” is heavily inspired by Go-Go. The sound has always been at the helm of Wale’s style. He’s unapologetic, and boisterous, while managing to appear humble all at once. “The Helium Balloon” finds Folarin traveling on a melodic journey of highs and lows. He follows this up with “The White Shoes” in order to present a bigger narrative about social undertones and the vanity of stock-piling fresh new sneakers. This brings a surprising depth to the album that he typically isn’t known for. While the message is positive and optimistic, it’s a bit odd that he chooses to follow it up with “The Pessimist.” However, the song showcases Wale’s lyrical diversity. J. Cole is on chorus duty here and never disappoints. We then get some much needed balance with the Janet Jackson sampled “The Girls On Drugs”; a fun-loving party track that is sure to take us into the summer.

Over the years, Wale has shown us spoken word is one of his strong points and a staple in his lyrical dexterity. TDE songstress, SZA, lends her angelic vocals on “The Need To Know.” Wale does what he does best, dishing out introspective verses based on personal relationships and love, but SZA steals the heat with her Musiq Soulchild sampled chorus. To further expand on how this is a lane Wale has mastered, look no futher than the Usher assisted track,” The Matrimony” and “The Body,” featuring Jeremih.

Although this album is Wale’s best work to date, there are a few points on the project where we find certain songs dragging or coming off a little stale. “The Glass Egg” fails to stick with the album’s tone and frequently feels like a song he’s done before. The “balancing friends and fame” topic has been exhausted by Wale and it doesn’t fit the album’s concept. Similarly, “The One Time In Houston” is a bad attempt at capturing the chopped and screwed feel. With his already nasally flow, this isn’t a sound Wale should be going near. Elsewhere, “The Success” finds Wale’s delivery seemingly playing catch-up to the soulful instrumental. Unlike his previous work, TAAN has a general cohesiveness that flows together like the mixtape series responsible for making him a star. Some may say this is the album Wale envisioned since his debut, but such a task would have proved unfruitful without the ups and downs he’s experienced. Hopefully he’ll continue to elevate from here.

New Video: Beyonce “Die With You”