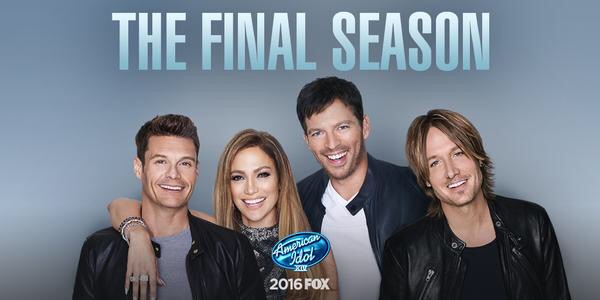 Fox announced this morning that their iconic talent show American Idol is calling it quits after a 15 year run. The show which launched the careers of prominent talents such as Kelly Clarkson, Carrie Underwood, and Fantasia Barrino to name a few, has been struggling to maintain their audience for the past three seasons.

All three current judges along with host Ryan Seacrest will return for the final season next January. The talent scouting show launched and was a huge unexpecting hit in 2002 thanks to Simon Cowell’s infamous critic on talent. Since he left at the show’s ninth season in 2010, their viewership has been dwindling. In hopes of recapturing the magic, over the years we’ve seen Nicki Minaj, Jennifer Lopez, and Mariah Carey all come on as judges.

Idol without a doubt was one of the most dominant shows in television history, at one point drawing in 20-30 million viewers weekly.