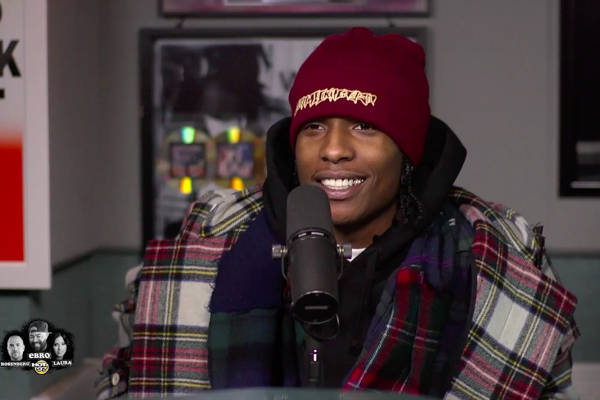 A$AP Rocky caught up with Ebro and the team on Hot 97 this morning, to discuss whats been going on since he’s been living over seas in London. He went on to talk about the genius of late friend/mentor A$AP Yams, the Yams day concert, being named to Forbes ’30 Under 30 list and he went on to detail the ‘Cozy Tapes,’ the compilation album he was working on before he passed. Also Ebro asked what was the situation with the Travi$ Scott beef.

If you’re going to do something and influence people, you can’t be arrogant about it when somebody gets inspired. You can’t fault them for that. That makes you look crazy… But what I will say about that is, you can’t come at a rapper with video clips. You gotta come with music. That man, he doing his thing. He doing what he supposed to do. He getting fly, he fucking bitches and he making music. That’s it. I don’t see the problem.

RUN-D.M.C. Will Be the First Rap Act to Recieve the Grammy Lifetime Achievement Award

Virgil Abloh Talks His Off White Clothing Line, His First Design and Advice He Lives By