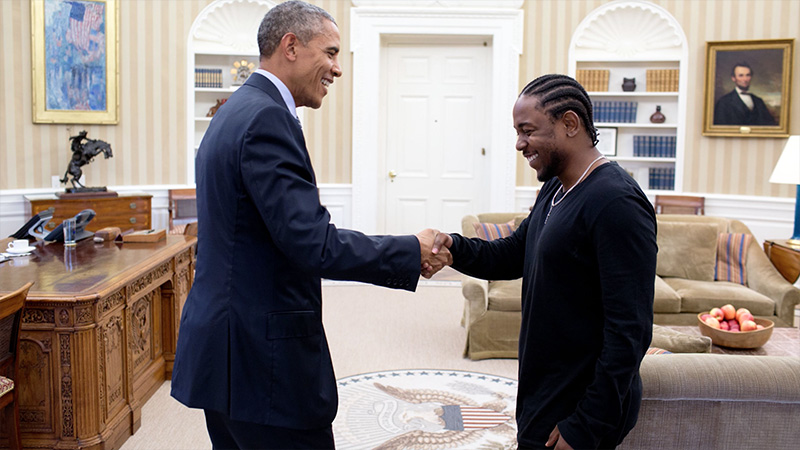 When the Leader of the Free world invites you to his home, you drop everything you’re doing and you go, and that’s exactly what Kendrick Lamar did.

POTUS has already publicized his appreciation for the Compton emcee, stating that his favorite record of 2015 was “How Much a Dollar Cost.” The Compton rapper recently paid a visit to DC to sit down with the politician in the Oval Office.

The visit was revealed by Senior Obama adviser Valerie Jarrett on Buzzfeed’s Another Round podcast, The Hill reports.
Jarrett didn’t go into much detail about what the two spoke about, but she did say what Barack said to put Lamar at ease and break the ice:

“Can you believe we’re both sitting in this Oval Office?”