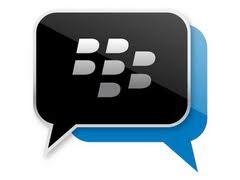 We’ve all gone through the cell phone “trends” but the one that made one of the biggest impacts was RIM (Research in Motion). The Blackberry smartphone started out as a corporate only device that quickly turned into the go-to technology. The reason it stood out so much was because of Blackberry Messenger. After the AIM fad slowly died out, BBM was the new instant messenger to use. The quick messaging response and secure interface had all users very satisfied. Being able to communicate via the internet also allowed users to avoid the common cellular method that took forever to send pictures and files.

But with the introduction of the iPhone and Android devices, the Blackberry started to lose it’s luster. As iMessage & WhatsApp started getting big, people totally forgot about BBM…until now.

It is now offered on iOS & Android devices! Although there is a waiting list to activate the account, more than 10 million users have already downloaded the app. Tell us what you think of it.