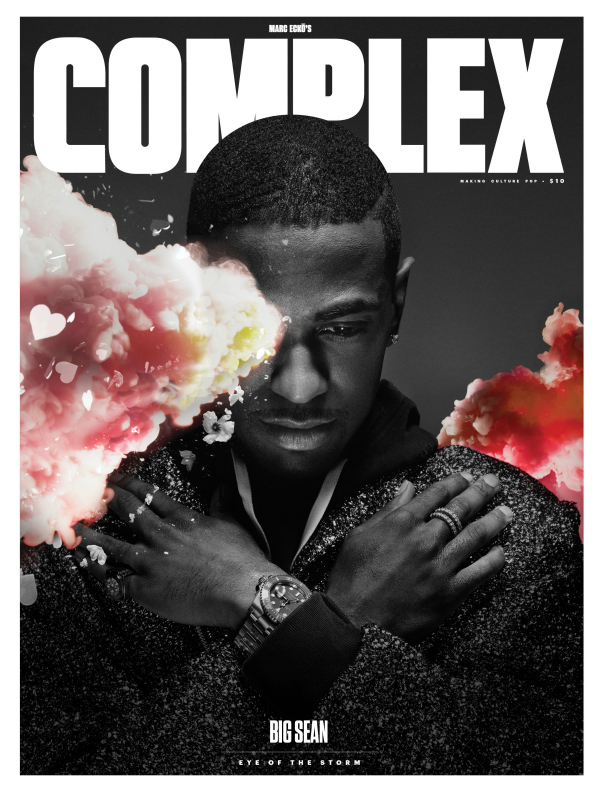 A day after news broke that Big Sean’s album would be titled Dark Sky Paradise, the Detroit MC’s Complex cover has been revealed. In the cover story with Senior Editor Damien Scott sat with him to discuss his upcoming album, his relationship with Ariana Grande, why the “Control” track didn’t make the album, and more. Check out excerpts below.

Sean feels his third album, about his recent highs and lows, is his most personal yet, but admits that he’s still trying to find his sound. “I feel like there is a sound,” he says. “Key Wane is instrumental to that. You know, those songs like ‘Higher’ off the Detroit mixtape, or ‘Nothing Is Stopping You’ or ‘4th Quarter.’”

If all goes according to plan, after he does find that sound, he’ll start his own label. He’s already signed Key Wane to his publishing company, Sean Michael Anderson Music, and is currently scoping new talent. “Seeing how you can help people by being around and inspiring, I wanna do that,” he says. “I’m actively looking for artists and people I believe in and giving them opportunity.”

Today, Metro Boomin, the producer out of ATL who blessed Future with “Karate Chop,” Travi$ Scott with “Mamacita,” and YG with “1 AM,” is scheduled to come by. Not to sign to his company, but to record tracks.

On his relationship with Ariana Grande:

“We started as friends,” he says. “I’d never done that. Usually you meet a girl and then start dating. We always saw each other in the studio, and we’d talk about songs we were working on. It was cool to have a girl that I could talk to about my problems. I did that with her. It’s not some fake-ass, inauthentic shit when I say we were friends. This is something special and I appreciate every moment of it.”

On why “Control” didn’t make it on his album:

“Looking back on it, it was a different vibe than my album,” says Sean. “There’s a lot of negativity on that song, and I don’t fuck with negative shit. People love drama, people love bullshit. I knew when Kendrick did that name-dropping that it was just gonna set it off, and I could see why people gravitated towards that verse for that reason. I respected him for thinking of that. I never wanna shade anybody. I would’ve been a ho-ass nigga if I cut that out of his verse, or if I didn’t put the song out.”

On the past rumor that he stole Naya Rivera’s Rolex:

“First of all, why would I have to steal a Rolex?” says Sean. “Second of all, every Rolex that I have, I have receipts for, papers for, certificates of authenticity for. I would never steal a Rolex from anybody. You see that tweet got deleted in like 20 seconds.”

Here’s the trailer including release date for Dark Sky Paradise

Just In Time for #Blizzard15, Listen to @yoadamboy’s Latest Mix to Keep Warm