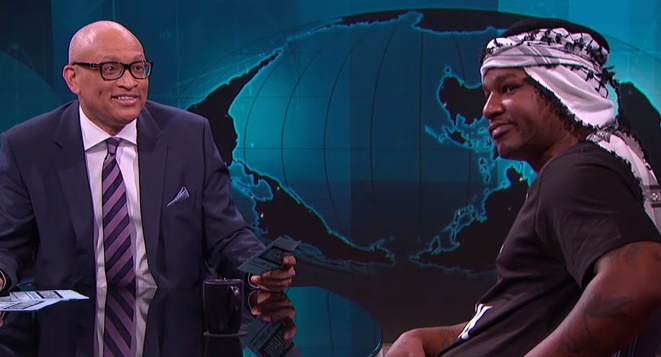 This past Wednesday Cam’ron appeared on The Nightly Show with Larry Wilmore alongside comedian Chris Distefano and Newark Mayor Ras Baraka, to address the subject of Snitiching and if you remember Killa’s unforgettable 2007 interview on 60 Minutes where he stated he would not speak to police if a serial killer lived next door to him, which stirred up plenty of debate and backlash for the stance he took. Fast forward seven years later, Cam still sticks to what he said in the past, he gives a more insightful and less animated interview this time around. Watch the interview below.