Days after performing on Saturday Night Live, Cardi B returned to NBC studios to co-host The Tonight Show Starring Jimmy Fallon on Monday (Apr. 9). Making history Serving as the first person to ever co-host the late-night talk show, Cardi B instantly won the studio audience over with her smuggler, degular girl from the Bronx personality. The “Bodak Yellow” hitmaker joined Jimmy Fallon for a hilarious opening monologue, and pulled a fan from the crowd to record a custom voicemail. Cardi got candid on her decision to reveal her pregnancy on SNL, and mothers outside of the studio were quizzed on the Bronx star. The 25-year-old would later assist Fallon to interview guest John Mulaney, and went head-to-head against the late-night host in a game of Box Of Lies. The Bardi takeover on The Tonight Show closed with the first live performance of “Money Bag,” off her Invasion of Privacy debut album. Watch all the highlights below.

21 Savage Drops A Freestyle On ‘Who Run It’ 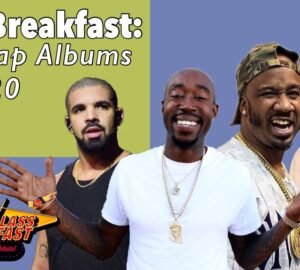