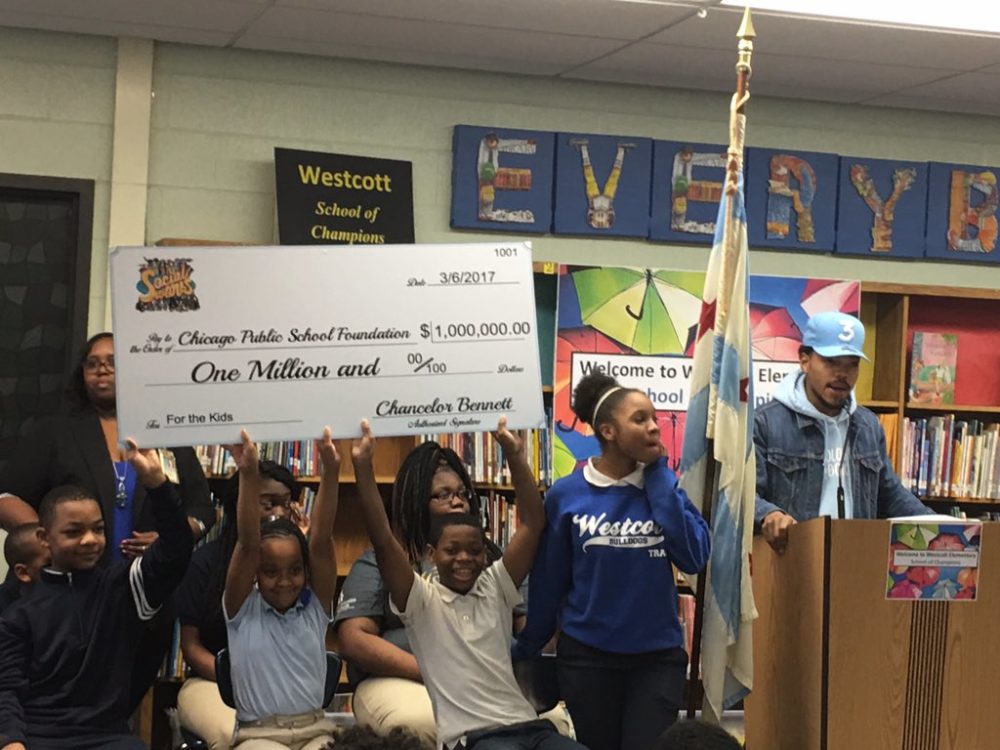 Chance The Rapper is definitely putting his money where his mouth is after live streaming his meeting with Illinois gov. Bruce Rauner.After the governor offered “two options to provide $215 million to help the cash-strapped Chicago Public Schools,” the Grammy winner and Chi-Town native announced that he would be donating $1 million of his own money to support arts programming in the district. His donation will comes from future tickets sales from his forthcoming tour.

The rapper described his donation as a “call to action” and asked for similar contributions from the city’s business community. While promising via Twitter to present a plan for CPS, Chance at his South Side news conference said it wasn’t his job to propose policy. Instead, he leveled a series of criticisms against the Republican governor following a meeting with Rauner last week the rapper described as “unsuccessful.”

“Gov. Rauner can use his executive power to help get Chicago’s children the resources they need to fulfill their God-given right to learn,” the musician said. “Gov. Rauner still won’t commit to give Chicago’s kids a chance without caveats or ultimatums.” — via NY Times 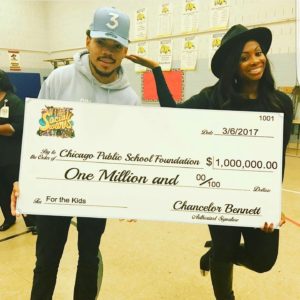 Who wants to find out the other 9 Chicago public schools receiving $10,000 in funding this week 👀👀👀 #SupportCPS