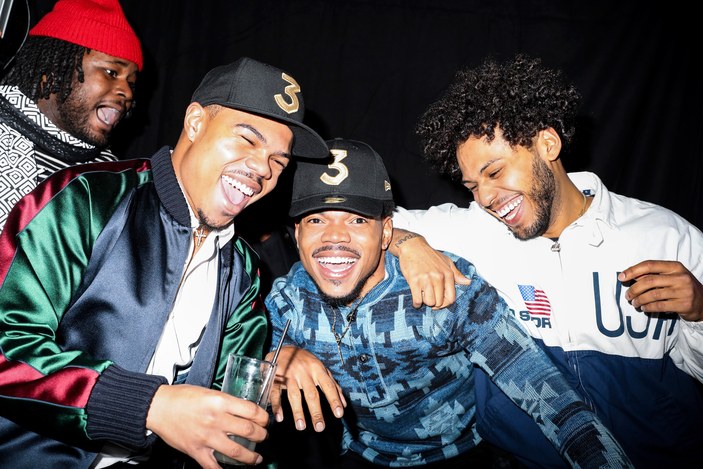 Many might say Adele and Beyonce owned the 59th Grammy awards, but there’s a good argument that Chance the Rapper had the most memorable night.  Chano’s stellar 2016 release ‘Coloring Book’ became the first streaming-only album to receive a Grammy nod, and helped him win 3 awards: Best New Artist (which makes him the first black hip-hop artist to win this award since Lauryn Hill in 1999), Best Rap Performance for Coloring Book’s “No Problems,” and the Best Rap Album award for ‘Coloring Book.’

After show stopping performance during the show, Chano decided to keep the energy going at his Grammys afterparty, and he previewed a remix of Drake’s Future-featured Views song “Grammys” which you can hear up above courtesy of YesJulz.

Chance the Rapper has a remix to Drake's "Grammys" off VIEWS 🔥🔥🔥 HE NEEDS TO DROP IT pic.twitter.com/9jsBfNyoSZ

Another pleasant surprise was Drake taking time from his ‘Boy Meets World’ tour to congratulate Chance on his big night.

Especially after stating he didn’t know who he was on his 2014 release “Draft Day.” Now that we know Drizzy knows exactly who Chano is we all need to know when will we get to hear that full version the “Grammys” remix? Is Chance riding out on the remix solo? Did Drake and Future add new verses? We need answers ASAP!

Stream The Latest Episode of The HMWHC: “$400 over Budget” feat. Shiggy & Julito Mccullum