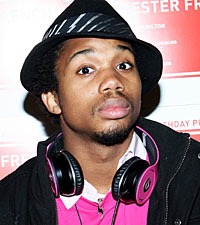 Charles Hamilton is currently in the process of getting his once promising rap career back on track. Recently signing a deal with Republic records, the 2009 XXL Freshmen class member knows he made a lot of mistakes and terrible career moves. From suicide attempts to going to jail, his life was in complete shambles all while suffering from undiagnosed bipolar disorder. Charles recently sat with Billboard to talk about his troubled past and looking to a positive fututure.

That September, [Interscope] released him. Hamilton says no one even bothered telling him. “I was at a girlfriend’s house,” he recalls. “She was online on her computer, and said, ‘Charles, you got dropped.’ I was like, ‘Oh my God.’”

Hamilton retreated from the public eye, his life in a tailspin. “I locked myself in my house with the lights out and a turntable turning with no record on it,” he says. “I was depressed, paranoid and confused.”

In 2010, his mother discovered that he was living in an abandoned building in Staten Island and telling friends he was going to jump off Macomb’s Dam Bridge in Harlem. At one point, Hamilton says he tried to overdose on lithium. “I thought my son was going to die,” says Moorer. “He didn’t look like my child. He looked like an alien. He was just not there.”