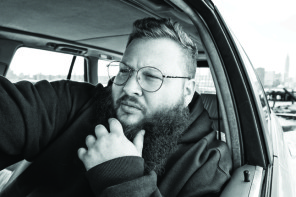 Chances are, you know someone from New York. That person is probably incredibly touchy when it comes to the subject of Big Apple emcees. There’s good reason: the five boroughs haven’t produced a mega-star (we’re talking Kendrick- or Drake-level big) in over a decade. But that person, when in a good mood, will probably point to a select few spitters who are keeping the city afloat when asked.

Chances are, those artists are featured in Robert Lopuski’s recent New York City-inspired Hip-Hop documentary, We’re Gonna Be Lords. Lopuski’s short, which clocks in at just under ten minutes, separately follows The Underachievers, Le1f, Flatbush Zombies, and Action Bronson around the city while he asks them to ponder one simple thing: What do you want to be?

It’s sort of a microcosm of the state of the state of NYC rap when Action—for all of his unhindered goofiness—is the film’s least-weird subject. This isn’t a denunciation of this crop; rather, it’s an accurate depiction of how many different strains of Hip-Hop currently compose the city’s scene. Frankly, it’s awesome. However, it’s easy to see why some of NYC’s older heads — those accustomed to the boroughs setting Hip-Hop’s trends — cringe at dudes who simply tow their lanes, albeit well.

Via: The Smoking Section
Watch the whole documentary below.

Watch: Dej Loaf “On My Own”