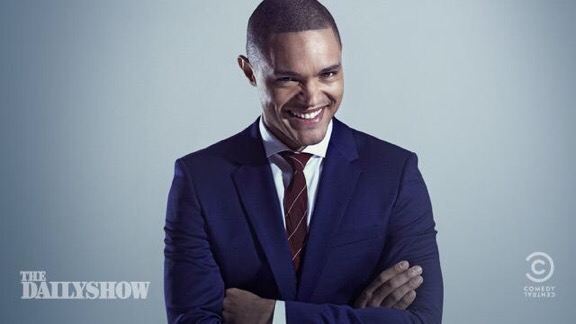 The day is coming sooner than we think, where Jon Stewart steps down as host of The Daily Show, a job he’s held since the show’s debut in 1999. This morning it’s been announced that South African comedian Trevor Noah will takeover hosting duties when Stewart steps down.

While Comedy Central will make the announcement later today, The New York Times spoke to Noah about his new gig:

“You don’t believe it for the first few hours,” Mr. Noah said of learning about his new job. “You need a stiff drink, and then unfortunately you’re in a place where you can’t really get alcohol.”

Noah will be new to American television, but promises to add youthful vitality and international perspective. And in case you’re wondering, Stewart himself approves.

“I’m thrilled for the show and for Trevor,” Mr. Stewart said in a statement. “He’s a tremendous comic and talent that we’ve loved working with.”