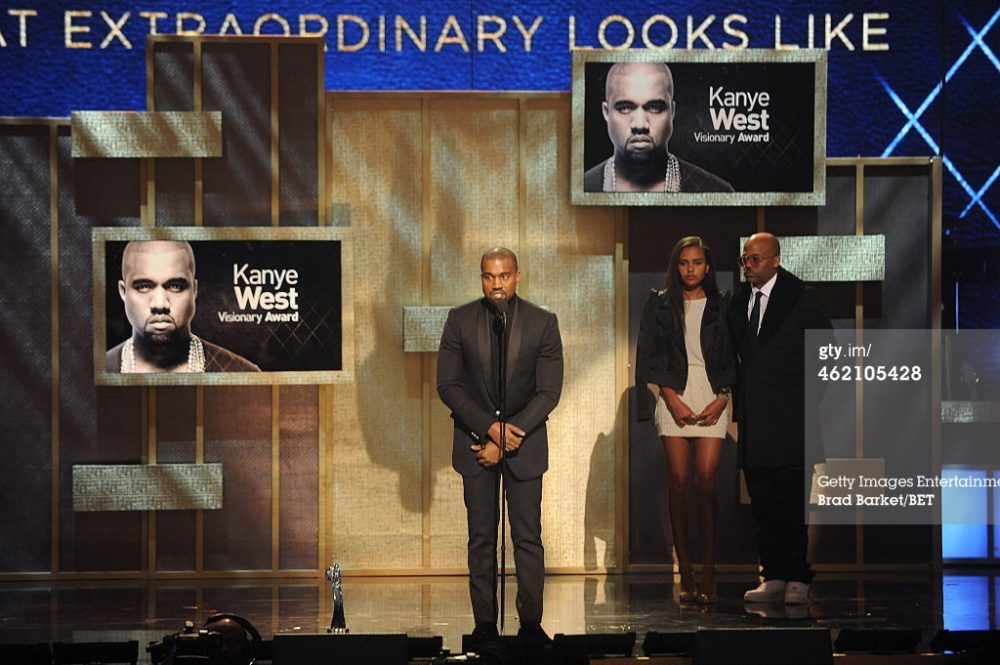 Well that was awkward. At this year’s 2015 BET Honors Kanye West received the visionary award. It was presented to him by none other than former Roc-A-Fella Records CEO Damon Dash.

The ceremony won’t air until February 29th but Twitter and Instagram have been a buzz all night about Dame’s introduction speech while presenting Yeezy with the award.

Dash introduced Kanye while saying he still has issues with Kanye, but they’re just emotional. As we all know early in his career Kanye had to fight to get his shot and the man that gave him that shot was Dame. Once Dame and Jay parted ways Ye’ decided to stay with Jay Z and the “New” Roc-A-Fella records. 21 Grammy awards, Sneaker deals, classic albums and marrying Kim Kardashian, the rest is history.

I don’t think BET foresaw Dame not following the script and truly speaking his mind but personally I find it hilarious and ironic that Ye’ is now the one on the awkward side of having his moment stolen from him. An honorary video also aired featuring Jay Z, Kendrick Lamar, Common, and Kim Kardashian. Kanye also kicked an impromptu freestyle with his good friend Charlie Wilson.

“My history with Kanye is I didn’t respect him as a rapper because I was around the greatest rappers….but he has courage.” -Dame Dash