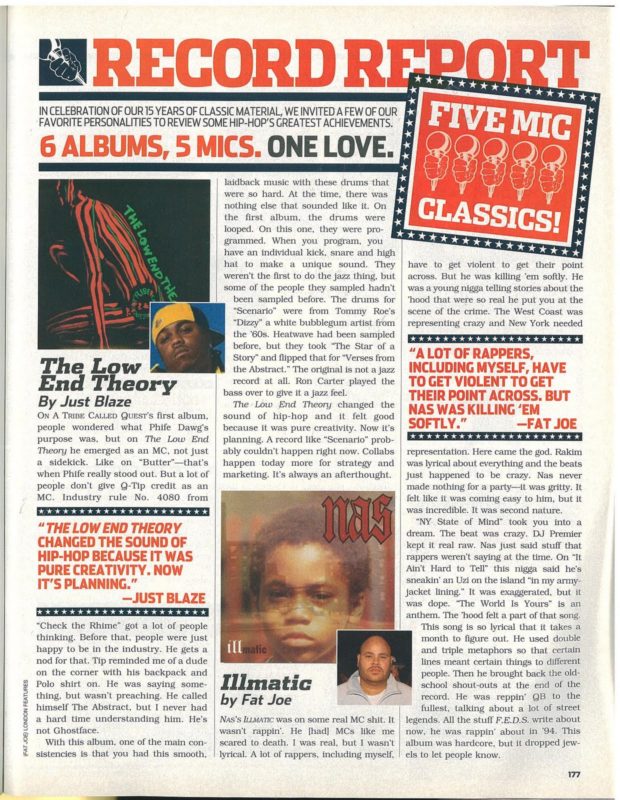 No shade to old people, but the amount of information that I have been trained to intake is probably an exponential amount compared to you at my age. Since I was about 10 years old, I have been able to access music at a much faster rate than saving up to buy a CD at Tower Records. We need to finally put this “digesting albums” myth to bed.

The cultured rap connoisseur would have you think that you are unable to fully grasp an album in the first few months it is out. They will hit you with so many quotes about how you are unable to understand an album. “Reasonable Doubt wasn’t appreciated till years later” may be a favorite to those around you. They walk around truly believing that this generation is not fully capable of such a task. I’m fed up.

Let’s travel back in time to, let’s say, 1996—An interesting year where tapes were almost obsolete and CD’s were taking over. At the same time, we had Hip Hop taking full form with at least 20 out of the year’s Billboard 100 being heavily Hip Hop inspired. 1996 had a ton of amazing albums such as It Was Written, All Eyez On Me, Reasonable Doubt, Hell On Earth, Muddy Waters, ATLiens, Ridin Dirty, Hard Core, Ironman, The Coming, and so many more. An average fellow had 2 of the following 4; the radio, either a cassette player or CD player in the car, a music player at home or a handheld device. All this music had to be bought at a store at an average price of $13.00 per project. Let’s steer away from inflation to keep it simple. Given accessibility, finances and overall time in the day, we’re looking at a very modest Hip Hop fan in today’s standard. On top of rate of listening, we also have the aspect of conversation. The average fan of Hip Hop in 1996 did not have the open platforms of discussion that we’re blessed with today. A person’s daily reach of perspectives were very local and limited. This is not a knock to the OG’s because they are the trailblazers and the reason Hip Hop is where it is today. I’m just bridging a gap of understanding both time frames.

Now back to today and today’s average Hip Hop fan. I listen to music when I wake up, on my way to work, at work, on my way back home and when I get back to my house. I do not listen to the 5 albums I might own either. I listen to whatever I want… whenever I want. My ears are highly trained. I have a whole history of albums on my phone. I have an entire spectrum of hip-hop evolution with decades of different perspectives analyzing and critiquing so many different aspects. I’ve learned how to defend the albums I love and how to slander my uncle’s favorite Jadakiss album. My ears and voice are one of a more evolved Hip Hop fan. I’ve been through Napster, Limewire, Kazaa, Youtube, and Spotify. Each platform training my intake of Hip Hop as a genre. My critique is sharp, my acceptance is high, and my shit talking is backed by facts. I’ve argued on forums, comment sections and group chats. I’ve fought for my favorite artist. I have reflected on past fads and have had past opinions thrown in my face. I can’t speak without being Google fact-checked, I can’t maintain credibility without a consistent rap palette and I can’t talk about something I do not know. All luxuries of the mid-90’s rap debater. Darwinism has weeded out the Hip Hop casuals and the Hip Hop critics. I choose my critique carefully and I am definitely able to digest an album in two weeks.

The older generation would like us to think that we are unable to do things at a faster pace. Take a second to look at the world around you and observe how fast it moves. The rap fan today has this amazing talent of thinking personally, collectively and objectively simultaneously. We are able to recognize really great albums without personally liking them. We are able to love albums and agree that they are horrible. We are also able to respect the fondness of an album to the masses; to hate an album, not understand it, but respect its influence on a large hip hop community. This constant analyzation per album release has given us a more advanced ear that older heads have a hard time fathoming. Don’t let them patronize your talent.

Does this mean that every kid with Wi-Fi is qualified to speak about anything they see fit? Of course not. However, that standard has not changed. I listen to some of you old heads yapping at the barbershop with misinformation and highly audible statements. Of course, we have our own version of that. Instead of a fronting hoodlum cousin at the function that no one fact checks, we have internet trolls saying outlandish things for a reaction. Not much has changed in that aspect. In that same regard, we also have a huge advantage of point of views. Instead of 12-20 articles from 3 hip hop magazines a month, we have thousands of articles from hundreds of hip hop blogs. With so many voices currently in the culture, the opposition absolutely loves to pick out the absurd point of views to make a point. Stick to this narrative. Respond to me and the people I represent. Say what you want about this music you don’t understand. But to tell me that I am UNABLE to digest an album this quickly is offensive and highly inaccurate. This might be a new concept for people to grasp, but a lot of us are more than capable of doing so.