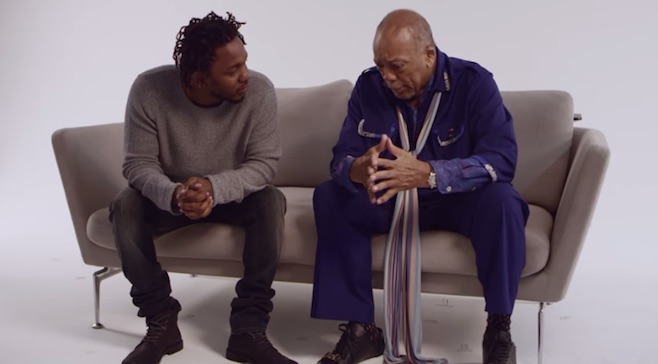 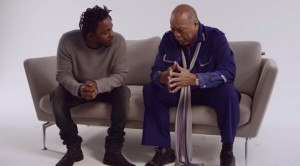 Music industry legend and Icon Quincy Jones has been interviewed separately by both Kendrick Lamar and Dr. Dre.

During the interview with Lamar, via Hypetrak, they discussed Michael Jackson’s Thriller, when did hip-hop start, and Jones’ view of the current generation.
One of the nuggets he dropped, regarding Thriller:
“A great song could make the worst singer a star, and a bad song cannot be saved by the best singers in the world.” The combination of a great singer with great songs in Jackson, then, was history. Check out the video below.

Jones’ interview with Dr. Dre was much longer and more in depth. It appeared on the latest episode of Dre’s Beats 1 show, “The Pharmacy”. Jones talked about growing up in Chicago, and choosing music over a life of crime. (“Every drop of blood in my body said, this is what you’re gonna do for the rest of your life… and it saved my life”), the duties of a producer, his work with Jackson, and more. Listen to it below. Jones comes in around the 13-minute mark.