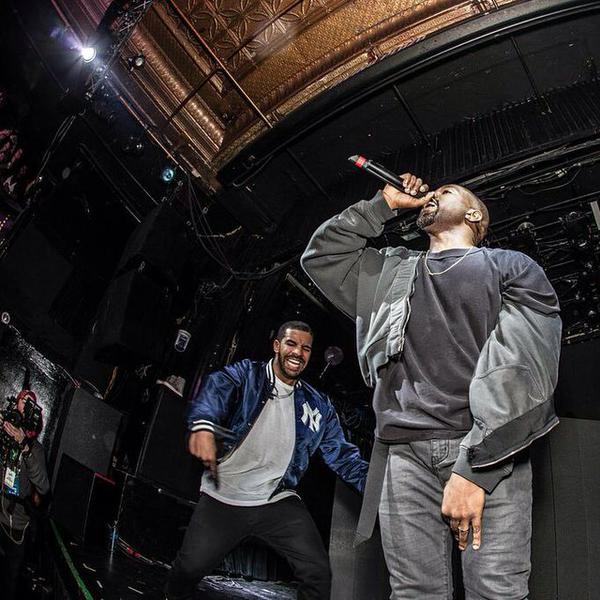 Drake hit the stage first and rocked the stage with ILOVEMAKONNEN, Travis Scott, O’Brien and the biggest moment of the night was Yeezus gracing the stage. Kanye performed his crowd pleaser “Don’t Like” remix and presenting Drake with a pair of adidas Yeezy 750 Boosts. During the show, the Canadian superstar also did covers of Kanye’s “Only One” and Rihanna’s “FourFiveSeconds.”