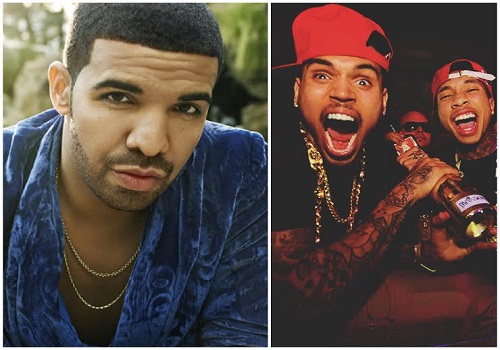 When will the light skin on light skin crime stop?! The tension between Drake and Chris Brown has heated again. Just a few days after Chris Brown sent some shots Drake’s during an recent interview, Drake decided to not take hem laying down and has fired back. While out on tour in Australia, Drake reworked some of the lyrics to “Energy” during a live performance to imply a diss towards the “Ayo” singer. While the original featured the lyrics, “I got rap n*ggas that I gotta act like I like / But my actin’ days are over, f*ck them n*ggas for life.”