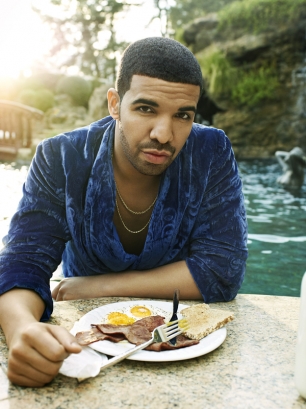 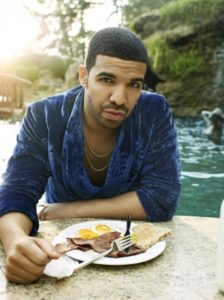 After quotes surfaced on the internets yesterday from his new Rolling Stone story, the streets were abuzz on whether or not Drake made a valid point on Macklemore’s Grammy winnings. But when the rapper was quoted in the story critiquing Kanye’s lyrical skill on Yeezus, Drizzy stepped forward to not only shoot that down but also swore off never doing magazine interviews again. Check out what he ‘allegedly’ said below.

In the interview, the rapper speaks candidly like never before on Rihanna, the Grammy’s and more but the quote that made the net was this one:

“There were some real questionable bars on there,” Drake says of Kanye‘s Yeezus album. “Like that ‘Swaghili’ line? Come on, man. Fabolous wouldn’t say some shit like that.

Soon after, he took to twitter to say he was not only misquoted, but that the publication decided to run a cover with the late Philip Seymour Hoffman instead of him and he’s disgusted by it.

Okay you want my opinion? Drake probably shared what he said on Kanye off the record and didn’t think it would make the interview. The journalist probably made him feel so comfortable that he didn’t think there would be an issue because they built a rapport. What he should’ve understood is journalists are always looking for a really good story and he gave Jonah Weiner just that.

It also strikes me as corny on Drake’s part, to backtrack and say he never said it. Especially when the interview begins with him worried the waterfall is too loud, even saying “I want to be sure your tape recorder gets everything.” I highly doubt that a credible publication that’s been around for almost 50 years would pull words out of thin air like that. If you said it, ‘own that shit’