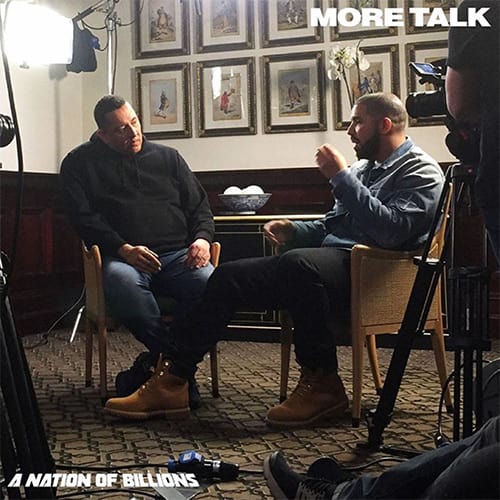 For a rare sit down, Drake chats with DJ Semtex and addresses everything his fans have been curious about as of late, and yes, that means the ghostwriting allegations, amongst other topics.

Kicking off the latest episode of OVO Sound Radio, the two discussed his upcoming More Life playlist, his beef with Meek Mill, his thoughts on the Grammys, and what he considers the first chink on his armor. He also shed light on Kanye West’s rant that blind-sided him.  “I went from working on a project with [Kanye] to him shitting on me and Khaled for being on the radio too much,” he said.

As for the Meek Mill beef, Drake shared that he thought Meek would be more prepared than he was. “I didn’t know who was going to be on a diss track or what he had ready,” he said. “I thought this was three months in the making. When I dropped ‘Charged Up,’ just to kinda see what the preparation level was, I realized—oh wow you’re not ready.”

Listen to the full interview below. Olivier El-Khatib also teases that we could be getting More Life on the next episode of OVO Sound Radio.

Jay Z Tells Jay Electronica to Put His Album Out