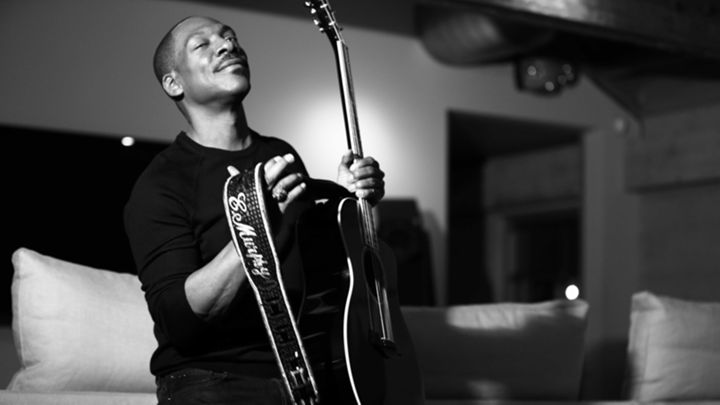 It’s always hard to take Eddie Murphy’s word for it, or even get a sit down with the famously reserved comedic legend. Rolling Stone caught up with Murphy recently, for an interview in which he spoke on the impending Beverly Hills Cop 4, his new Reggae single “Oh Jah Jah,” and what exactly is it gonna take for him to give us another stand up special. Read some excerpts below.

On if he’s working on a Reggae album:

Nah. We did “Red Light” and I liked how it came out, so I put it up on the computer to see how people would respond to it. I don’t have a reggae album. But I got other reggae tunes, I’ve got R&B stuff, I got rock. I got one hip-hop track but I’m not rapping on it, Snoop is. I got 20 years of collaborations with other musicians just on the shelf.

On whether or not he’s filming a Beverly Hills Cop 4 right now:

Nah, they still trying to get that script right. I’m not doing a Beverly Hills Cop unless they have a really incredible script. I’ve read a couple things that look like they can make some paper. But I’m not doing a shitty movie just to make some paper. The shit got to be right. I just finished doing a movie called Cook, with Bruce Beresford. He directed Driving Miss Daisy. It’s not a comedy, though. It’s a drama.

On if he’ll hit the stage again for stand up or new music:

You know what, if I drop one of these tracks and it jumped off, I would go out and do some shit. My fantasy I always be having when I think about getting onstage is to do everything. If I came back and did stand-up again, I can’t just be like the other standup comics. To have a real hot band, play some tracks for about 40 minutes, the curtain drops and then you do an hour of jokes? That’s a unique-ass show. [Laughs] That’s the ultimate vision.

So it looks like the only way we’ll be getting any Eddie stand up, is if we support his music. Listen to “Oh Jah Jah” below.