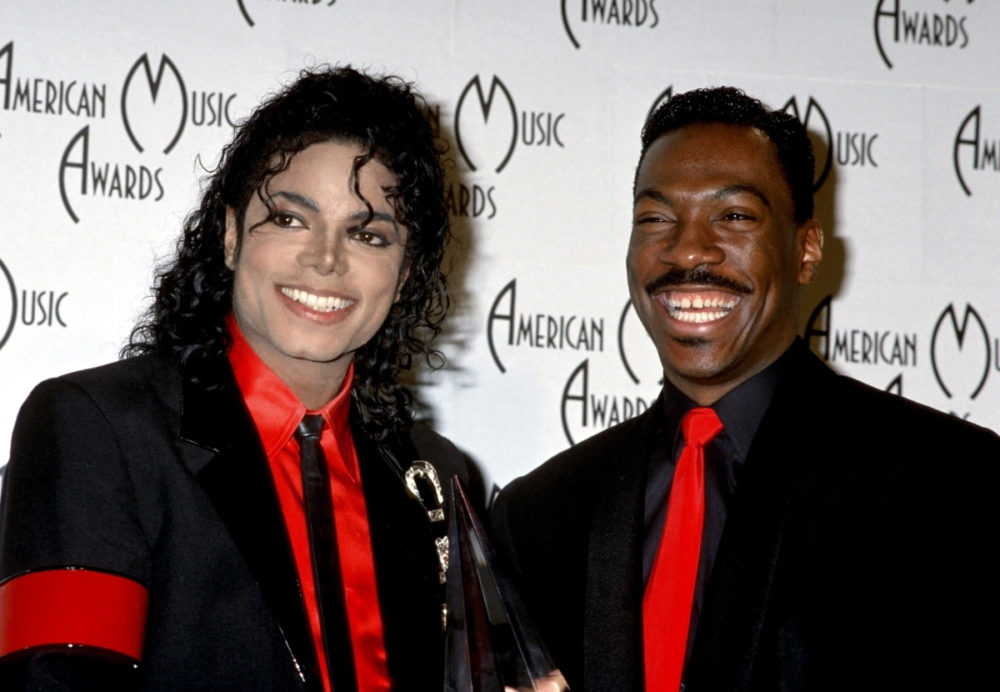 Eddie Murphy recently sat with Billboard for a Q&A about his career that has spanned over 30 years. Obviously with Eddie being one of the biggest stars in the world, there isn’t much he hasn’t seen. During the Q&A he discusses watching the growth of hip-hop, shares stories about coming up in the entertainment business, his musical experiences with Rick James, and Michael Jackson’s greatness. Read some excerpts below.

“I just picked up everything inadvertently, from hanging around in the studio all the time. He was a friend of mine and when you were around him, that meant you were always in the studio.

There’s a great story that Peter Tosh tells about how he learned to play guitar. There was a guy in his neighborhood and [Tosh] would just watch him play from afar every single day and go home and practice. And then one day, the guy saw [Tosh] playing downtown and was like ‘that’s really good…who taught you how to play guitar?’ And Tosh said, ‘you taught me.’

So with [James], it was a matter of being in the studio and interested in it. I’d watch how he put the records together and even today, I’ll take the same steps, chart my progress the same way.”

On his relationship with Hip-Hop:

“I never hated hip-hop. It became the new rock and roll. It became the biggest thing that Africans have ever done in the history of the Americas. Hip-hop put more black Americans on than anything before it. It fed more people. It allowed them to diversify into clothing lines and billion dollar headphone companies.

Will Smith was the biggest star in the world. He’s hip-hop. Black folks never had anything like hip-hop, but I already had my own thing when the hip-hop wave jumped off. They weren’t my heroes, because I was running with them.”

Being on set for MJ’s “Remember The Time” video shoot:

“It was surreal. You know a surreal moment never gets lost on me. Even though I got known really young, I still know when I’m having a surreal encounter. When it’s like, ‘This isn’t just regular show biz.’

It was like seeing someone plugged into a wall socket — especially if you knew him and talked to him on a normal day. He was a frail dude until he does this Michael Jackson thing and then you realize the concept of a spirit world. He’s tapping into a deeper spirit. You know how like when you drink different alcohols, they contain different spirits — some make you want to dance, some make you horny, some make you want to fight. Or certain drugs bring out different spirits. Well, when I saw that, it was confirmation that the spirit world was real.”