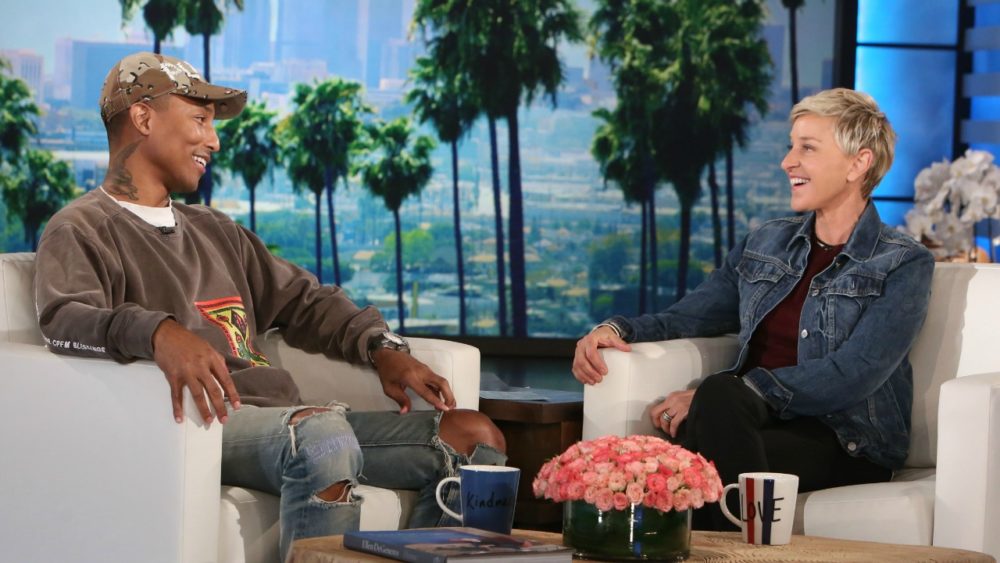 Last week footage surfaced of Gospel singer and preacher Kim Burrell, in which she gives a problematic speech, in which she deems gay people as the “perverted homosexual spirit.” Burrell was supposed to sing alongside Pharrell in support of their Hidden Figures collaboration, but Ellen axed her appearance after learning of her disparaging comments toward the LGBTQ community.

Pharrell and Ellen both spoke on Burrell’s comments in the clip below, with Pharrell adding:

“We all have to get used to everyone’s differences and understand that this is a big, gigantic, beautiful, colorful world, and it only works with inclusion and empathy. It only works that way.”