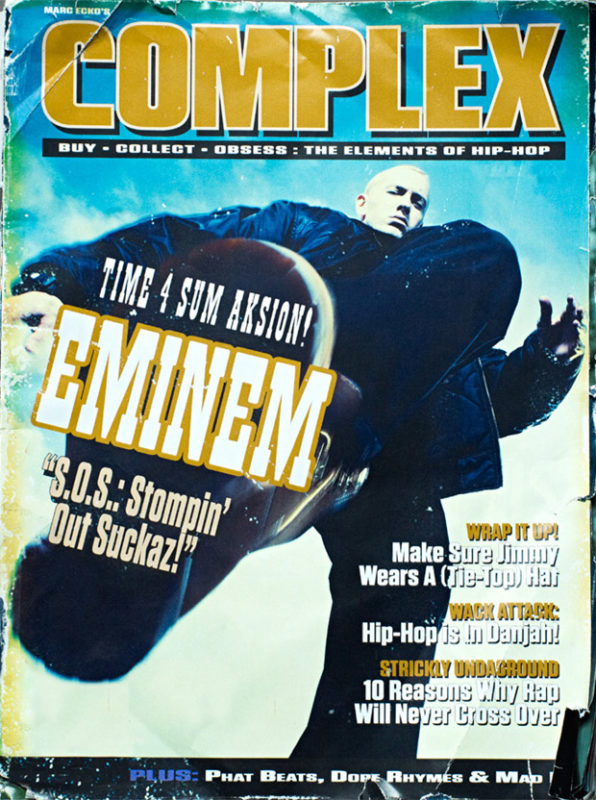 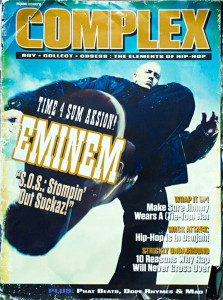 Marc Ecko and his team gave the December issue of Complex the Old School Source Magazine look, and who better to be on the cover than the ‘Rap God ‘ himself  Mr. Marshall Mathers.

In his interview, Slim Shady plays some track off the MMLP2 for complex writer Noah Callahan-Bever as they dicuss the album, the process of making it, working with Rick Rubin, still adjusting to living in a fish bowl and getting old in hip hop. Some excerpts can be found below.

On What the Marshall Mathers LP means to him

It doesn’t mean shit to me. [long pause] [Laughs.] Nah, I mean, I don’t know. I guess it’s just a feeling that I associate with that time period.

On when he decided this would be a sequel

When I started recording this album, a lot of the songs that I would play for people, they were saying it reminded them of that era. Which was kinda what I was going for in the first place, but the fact that other people started taking notice made sense.
It’s revisiting some themes on The Marshall Mathers LP, but it’s obviously a different time period in my life. So that’s why I wouldn’t call it a sequel. A sequel would just be a continuation of everything that was on there.

What themes are you revisiting in particular?

Um… [long pause] certain things, man. I’m trying to think if I can answer this. And I’m retarded, so…. On the first Marshall Mathers LP there were some personal things that I addressed and on this record there are some chapters that I wanted to close. This isn’t Recovery, where I was coming off some personal tragedies. I’m not coming off of a drug overdose. It’s more about going back to the basics of hip-hop and some fundamentals in that sense.

Here is the link for the full interview: Complex

Mike Will Made It To Release New Mixtape With #BeenTrill#