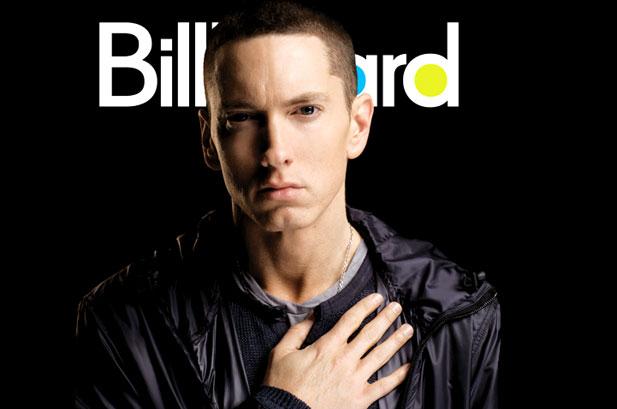 Silm Shady just keeps quietly breaking records and reaching milestones in his historic musical career. Earlier today it has been reported that 50 Cent’s favorite White Boy is only Second behind Country music star Garth Brooks for most Album sales all time. His latest solo effort the Marshall mat hers LP just reached double platinum status and the tickets for his American stadium tour with Rihanna go on sale at Livenation.com today.

“The Marshall Mathers LP 2” sold another 13,000 copies in the week ending March 16, according to Nielsen SoundScan, upping its cumulative total past 2 million (2.004 million, to be exact). All of Eminem’s albums have now each sold more than 2 million, led by the first “The Marshall Mathers LP” (released in 2000), at 10.8 million.
Thanks to the continued sales of “The Marshall Mathers LP 2,” and Eminem’s catalog of albums, in general, his cumulative album sales have grown to 44.91 million. He’s now overtaken country king George Strait (44.89 million) to become the second-best-selling male artist of the SoundScan era. (Notably, of course, Strait’s career predates the inception of SoundScan data.)
Among all artists in that nearly 23-year span, Eminem is in sixth place, displacing Strait to No. 7 on the best-selling album artists list. Garth Brooks boasts the most albums sold, with 69.52 million. The Beatles ranks second (65.55 million) and Metallica places third (54.26 million). Mariah Carey (54.24 million) and Celine Dion (52.21 million) round out the top five.