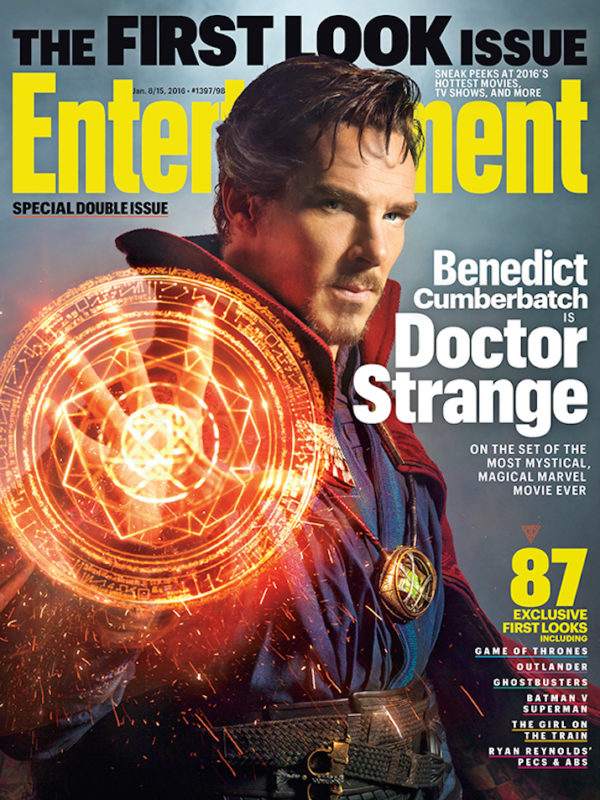 The Marvel Cinematic Universe is preparing to take its fans on a strange trip previewing its newest superhero, Doctor Strange. Thanks to the good folks at Entertainment Weekly we get a very early peek of Bendict Cumberbatch as the iconic charater Dr. Steven Strange. While only principal photography has been shot for the film back in November, director Scott Derrickson promises that the film will be wrapped sometime in March 2016.

Entertainment Weekly offered the masses a “First Look” with Cumberbatch on the cover, making it the first time the British actor has shown off his character, Doctor Stephen Strange, after transforming from a self-centered, egotistical surgeon to a multiverse-protecting sorcerer.

“I’m still in the infancy of learning all that,” Cumberbatch told the magazine in an exclusive chat. “It was like, okay, I’ve got to keep throwing these poses, these spells, these rune-casting things, everything he does physically. I’m thinking, there’s going to be a huge amount of speculation and intrigue over the positioning of that finger as opposed to it being there, or there.”