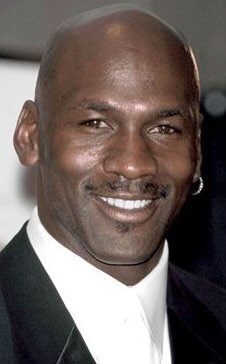 I guess LeBron James will have to settle for the second billionaire Athlete title someday, because Forbes has crowned NBA legend Michael Jordan as the first. Forbes estimated back in June that The 52 year old Jordan had joined the ranks of the Billionaires after increasing his stake in NBA team the Charlotte Hornets — the franchise in which he purchased a majority interest for $275 million in March of 2010 back when they were the Bobcats — from 80 percent to 89.5 percent. On Monday, the magazine confirmed Jordan’s status as one of the world’s 290 new billionaires. Most of MJ’s cash comes from Air Jordan’s. The Jordan brand grossed an estimated $2.25 billion in 2013, earning his Airness 90 million.

The most famous rookie on the billionaires list? Michael Jordan, arguably the greatest basketball player of all time and indisputably the best-paid athlete of all time. Most of his cash comes from Nike payouts on his iconic brand. The Jordan brand grossed an estimated $2.25 billion in 2013, earning his Airness some $90 million. But his most valuable asset is his stake in the Charlotte Hornets, worth more than $500 million. When ex-Microsoft CEO Steve Ballmer bought the Los Angeles Clippers for a stunning $2 billion, values of all NBA teams skyrocketed, creating three new billionaires. Jordan’s old boss Jerry Reinsdorf, owner of the Chicago Bulls, joined the list with a fortune of $1.3 billion, and Houston Rockets owner Leslie Alexander boosted his net worth to $1.6 billion.

New Video: Dipset “Have My Money”