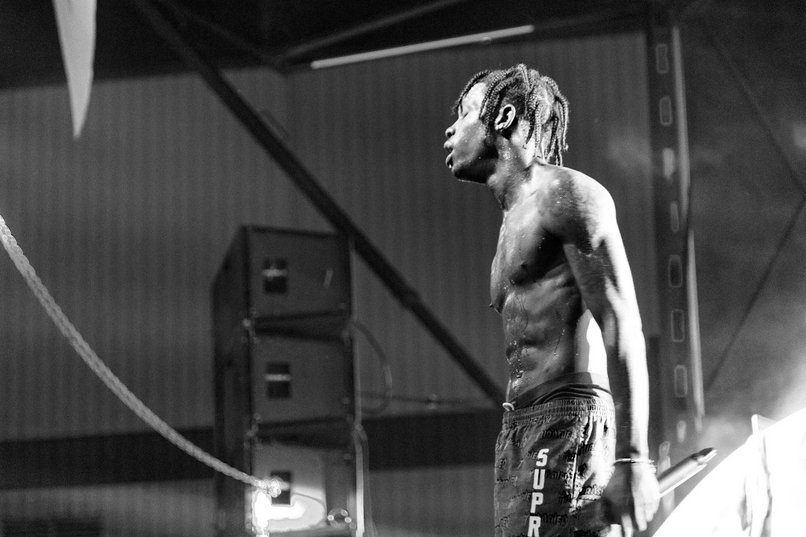 Travi$ Scott literally eaves it all on the stage during his performances, just ask the fans at Lollapalooza. GQ spoke with La Flame about his live performances and where he gets his inspiration from:

“Raging and having good feelings and having fun is something I plan on doing and spreading across the world. I just need air and I mic. I don’t need a stage to perform, we just need something to stand on,” says Scott.

A Travis Scott show is crowd surfing, moshing, sweat, blood and vomit. And that’s just Travis himself. We’ve seen him hang from ceilings in small venues and jump off of twenty foot amps in coliseums. We caught up the with The Matador himself, and he gives us his personal insights to raging. File this wisdom away for a rowdy night.