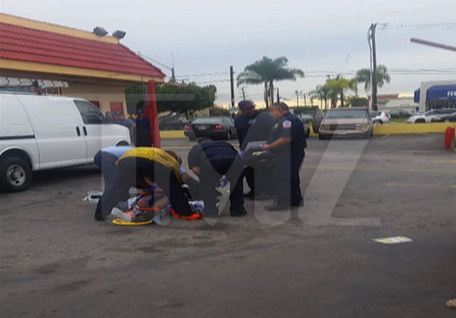 Today, footage of Suge Knight’s infamous hit and run incident has surfaced thanks to TMZ. The incident happened January 29 outside of Tam’s Burger’s during the filming of the N.W.A biopic Straight Outta Compton, and left one person dead, and the other critically injured.

While Suge is currently scheduled to appear in a Los Angeles courtroom on Monday, he’s currently in jail without bail. The victims were Cle “Bone” Sloan and Terry Carter, who was killed instantly. Carter’s family granted TMZ the permission to release the above footage, saying:

“The Carter family is pleased you are releasing the video so the public can see what actually occurred and not be forced to speculate based on third party descriptions of the video,” says the family’s lawyer Gary Dordick.