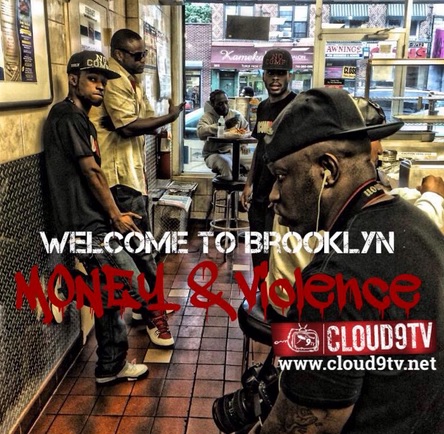 Money & Violence is a new web series that you can watch on YouTube that is taking the internet by storm, by way of #BlackTwitter and the hip-hop community of course. The Youtube web series follows the lives of two black men in Brooklyn trying to deal with the rails and tribulations of street life. The show is pretty much a poor man’s ‘The Wire,’ but it still has all the suspense and excitement. The actors on the show are all unknowns and pretty much not actors at all, just regular Joes off the street. The show’s creator a Brooklyn native named Moe (@Cloud9TV), takes viewers back to a time when the BK wasn’t overrun with out-of-towners, hipsters and fancy baby strollers, a time when going to Brooklyn was the last thing you waned to do. Hot 97’s Ebro In The AM had the cast on the show to discuss their movement.

Here’s the first episode, but you can watch the full season at their official Youtube page.