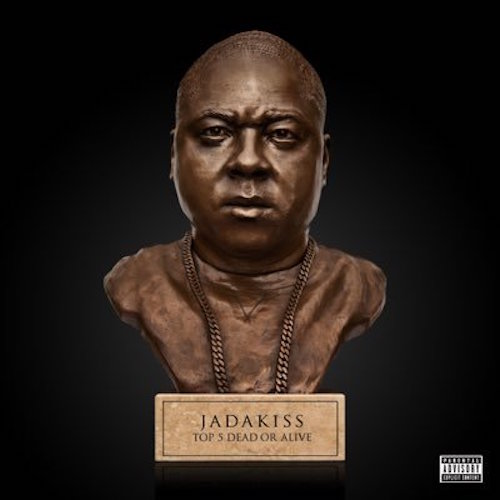 One thing that I always look forward to when I go get my haircut is hip hop debates. The “Who are your top five rappers of all time?“ dispute will go on until the end of time. Hell, Chris Rock made a whole movie based around the argument. Some care about album sales, some value accolades, some judge solely off ability to rap. Honestly, it’s all a matter of perspective; people hold certain things higher than others. During legendary rapper Jadakiss’s promo run for his up-and-coming album, Top Five Dead or Alive due out on November 20, he went to a local NYC barbershop where he and a few of the customers there spoke on the topic. After listening to that discussion, I really had to step back and ask myself: Is Jada really a top five rapper of all time dead or alive?

Jada’s first self-proclamation of the title came on his legendary “Made You Look” feature, along side Nas and Ludacris: “I’m top five dead or alive and that’s just off one LP.” Even rap-great Eminem name-dropped him on his all-time greats list on his “Til I collapse” track: “It goes Reggie [Red-Man], Jay Z, 2Pac and Biggie, Andre from Outkast, Jada, Kurupt, Nas, and then me.”

I envision a rap Mt. Rushmore of emcees; no matter the era, no matter dead or alive. I don’t know, maybe I look too deep into what it really means, so I took to twitter that morning and asked my followers, “Is Jadakiss really a top five dead or alive rapper?” The majority responded yes and I was a bit surprised. Now, before anyone reading this thinks this is going to be an op-ed bashing Jada, or me saying he is unworthy of that title, relax; I’m not. I love Jadakiss. His consistency, his charisma, and his timeless flow are things I wish more rappers could muster up. But what I am going to do is state my case for Jada being more like a top ten dead or alive, and maybe even a top twenty dead or alive rapper.

First off, for me, a top five dead or alive list ranks rappers from the past and present, including the rappers that are no longer with us. Here are the credentials I look for:

· Delivery
· Charisma
· Consistency (overall body of work)
· Wordplay, lyrics, quotably and bars
· Impact and influence
· A Classic album
· Features
· Respect of their peers
· Mainstream success (many of you might scoff at this one but being able to be the best rapper out while being mainstream is a BIG deal)
. Set Trends
. Anthems

What I think goes into earning the label of top five dead or alive, I’ll say this: Jada misses a few of those points for me. He definitely checks off some of those things, but what he lacks makes me exclude him from the top five dead or alive argument. Of course, he is an all-time great, and I wouldn’t be a hip hop lover if I said otherwise. The only thing that hurts him is not having a classic. It’s not his lack of consistency because he has a pretty decent discography that includes his work with The LOX. His solo projects also come with guaranteed hit singles. If you look at an overall list, all of the guys who come before Jada have a classic, or were at least part of a classic album, and that is why they are ahead of him.

I always said the parallels between Jadakiss and Allen Iverson really fascinated me. Both greats in their occupations but never reached the full glory they deserved because of many factors that maybe they could or couldn’t control. I’m smiling as I’m typing this because I know some die-hard Jadakiss and A.I. fans are cursing me out right now, but not having a classic rap album is like not winning an NBA championship. To put it into perspective, take Nas: he makes some people’s lists solely because of Illmatic. Or take Eminem, who some might say only druggy white boys can relate to. He still earned his place on most people’s lists because of his classic albums and ability to go mainstream without losing his core fans. While Jada’s albums are good, they feel as if he’s trying to please the label and the higher-ups. I’ve always been a fan of his features and freestyles more than his album cuts.

Jada is a people’s champ and he wears it like a badge of honor, and there’s nothing wrong with that at all, but it also shows that although he is one of few rappers still relevant from rap’s “golden era,” he can’t figure out how to rule the underground and the mainstream. Some will say it’s all politics, or that he has to have a status of an artist like Jay Z, but others have done it without losing one drop of street cred. Take Biggie, who in my opinion, set the bar for what the greatest rapper of all time should be. B.I.G. was able to rap on “Juicy” and have the hardest dudes around dancing. Of course, Biggie had Puff, but Jada has worked with every top rap producer you can name and only when he sticks to keeping it all street does his approach resonate. And don’t give me the “he’s too real excuse,” because DMX is as real as they get!

Jada will be on many people’s top five dead or alive lists, and I respect your opinion if he’s on yours, because it’s all perception. Years from now, more rappers will come around and some rappers will come off your list and new ones might enter. All I ask is that you really understand what your list consists of.