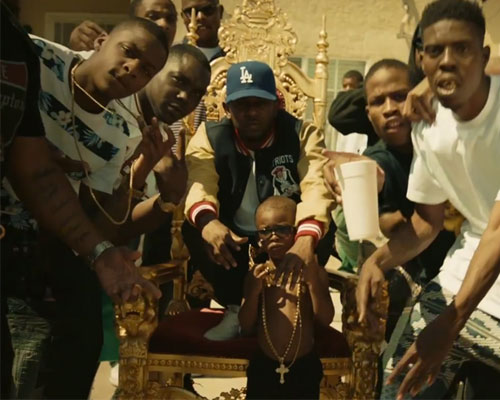 Just in case you needed more news about Drake or Dr. Dre’s new album, here’s the latest internet speculation. Dr. Dre’s Compton album started streaming via Apple Music, and apparently Kendrick Lamar is taking subliminal shots at Drizzy. On tracks “Darkside/Gone” and “Deep Water,” Kendrick mentions the number 6, beef, and refers to himself as the great white shark who senses blood. Check out K. Dot’s verses below and decide for yourself.

“Darkside/Gone“
“You scared of my heist now/But still I got enemies giving me energy/I wanna fight now/Subliminals sending me all of this hate/I thought I was holding the mic down.”

“They liable to bury him/They nominated six to carry him/They worry him to death but he no vegetarian/The beef is on his breath inheritin’ the drama better than a Great White/N*gga, this is life in my aquarium!”

“Motherf*cker know I started from the bottom.”