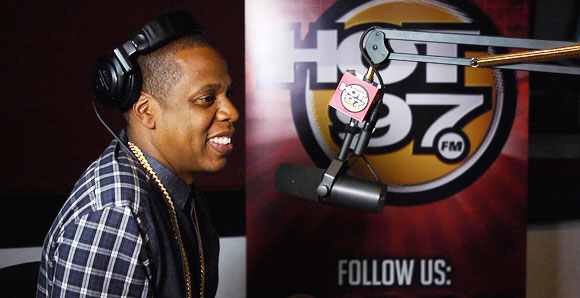 This is HOV….. Rumors, reports, assumptions, hear say what ever you’d like to call it, word on the internet streets are that Jay Z and a group of investors are in negotiations to purchase New York radio station Hot 97.
Home to radio personalities Ebro Darden, Miss Info, Peter Rosenberg and Jigga’s new nemesis Funkmaster Flex. These reports are coming out of gossip site MediaTakeOut.com, so take them with a grain of salt. However, since MTO posted this report the chatter about this being true has grown. Even more credible sites such as Billboard and Allhiphop have been reporting on the possibility.

“According to a ROCK SOLID SOURCE – Shawn “Jay Z” Carter along with a group of investors that includes NY Knicks star Carmelo Anthony are currently NEGOTIATING TO BUY Hot 97 radio station,” Mediatakeout.com reports. “Talks are still early, but we’re told that both sides have HIRED LAWYERS and INVESTMENT BANKERS – and are serious in getting a deal done.”

DJ Funkmaster Flex has recently gone on a smear campaign against Jay Z for apparently “stealing” app ideas for his Magna Carta Holy Grail app and not giving Flex his proper respect as a legend in the music business. If these reports serve true, the God MC will become Flex’s boss (Plot Twist!). Whatever the case may be, Hot 97 sure is trolling us. Ebro posted the following photo just moments ago, which is sure to add more fuel to the fire. 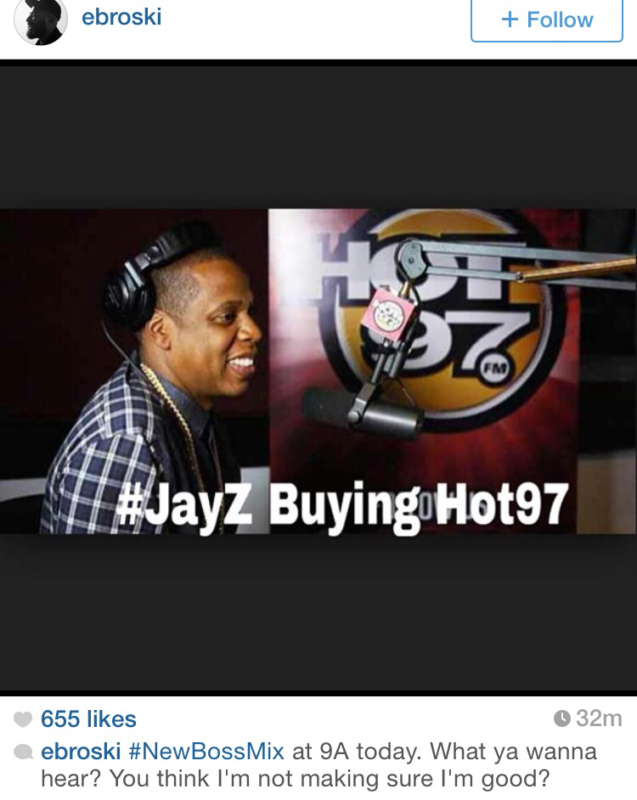 Until further reports surface that’s all we have for now, stay tuned and stay woke….. El PADRINO over and out.

D’Angelo to Be Musical Guest on “Saturday Night Live”