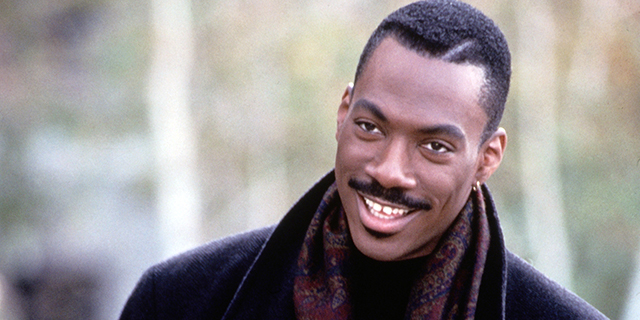 Let me give you an idea of how it was in my household growing up. My mom played Babyface albums and my brothers put me on to Master P, Dr. Dre, and Death Row Records all before the age of 10. Besides blessing me with the little class and finesse I do have, my dad put me on to some of the best artists in history. He blasted Rick James, Marvin Gaye, and Al Green on the regular. Oh, and of course I had my healthy balance of WWE weekly. Then somewhere between MC Hammer albums, Bruce Lee, Jackie Chan, and Jean Claude Van Damme movies, came Eddie Murphy. Before I was old enough to comprehend dirty humor in all of it’s glory, I found myself watching Delirious; Eddie’s first record breaking stand up special. Admittedly I became an Eddie fan well after his four year run on Saturday Night Live. I didn’t see the man that single handedly saved SNL. Instead, I was put on to the leather suit wearing rockstar of comedy. There was something about the thrill of knowing I’d get in trouble for watching Raw, or even Boomerang, that made them all the more better. By no means does he have a flawless catalog of films, but the man has his fair share of undeniable classics. It’s been a while since Eddie took the stage as a performer. Is he that unwilling? I’d say so.

If you need an example of this, look no further than a couple of weeks ago to his highly anticipated return to SNL. It had been 31 years since Eddie left the starting vehicle to his career and never looked back. It was a huge moment for Eddie fans. Not only because he rarely makes public appearances, but we haven’t gotten a laugh or any signs of new funny material from him in years. Chris Rock gave what may have been the most heartfelt introduction I’ve seen in some time. The build up only lead to a halfhearted thank you from Murphy, and an even quicker exit. In the past he always appeared to be at home on stage. This time around not only did he look out of place, he looked anxious to leave. Eddie compared his return to that of a high school reunion, but didn’t act as captain of the varsity team. Instead he looked like he was forced to be there amongst people he no longer cared to be around. Frankly, it did nothing to help with me defending Eddie’s legacy all these years. Recent reports now surface that Murphy was supposed to take part in the Celebrity Jeopardy sketch that would somewhat mock the countless Bill Cosby allegations. Needless to say, he backed out of doing it citing that he respected Cosby too much to “kick a man while he’s down.”

Yeah, it’s a far cry from the 26 year old Eddie from Raw that openly spoke of Cosby chastising him and his dirty brand of comedy. Understandably he’s in a much different space now at 53, but my hope for new Eddie material is seeping away. Comedians thrive off the very thing Eddie so blatantly refused to do. Not only do they make mockeries of current events, they also do it in such a relentless and undeniable fashion. At least that’s what the ballsy comics do. With his best work being centered around taking chances, it’s hard to imagine what he’ll do next. Eddie might be terrified of how sensitive this generation can be. I mean to be honest, jokes like these wouldn’t fly in 2015:

Time and time again I’ve defended Eddie dropping the ball. Whether it be for his choice of family films, (“Are you telling me you don’t like Donkey!?” I’d say) or him backing out of hosting the Oscars that one year, or him promising Beverly Hills Cop 4, then not, then again, then not. It’s all becoming too difficult to keep up with. I’d be completely fine with Eddie not making new material if he didn’t show signs of doing so, but every interview he does he has a change of heart.

Could something else be on the horizon? Not sure, but I’d like some answers. After all, Dave Chappelle made his exit from the spotlight and came back to pretty much own 2014 with a slew of unexpected shows at Radio City. He’s light on public appearances but still owns the stage. Eddie on the other hand, isn’t even there when he’s there. My friends know how big of a fan I am but maybe..just maybe it’s time to let go. After all I still have Coming to America, Boomerang, 48 Hours, Trading Places, The Nutty Professor, and countless others to go back to. Defending the legacy of Murphy has proven to be a bulky task I wasn’t ready to sign up for. Just last year he told Rolling Stone:

“You know what, if I drop one of these tracks and it jumped off, I would go out and do some shit. My fantasy I always be having when I think about getting onstage is to do everything.

But at this point, he seems so out of touch with his fan base that I can’t help but wonder if his material would even connect. I could only hope I’d be eating my words down the line.