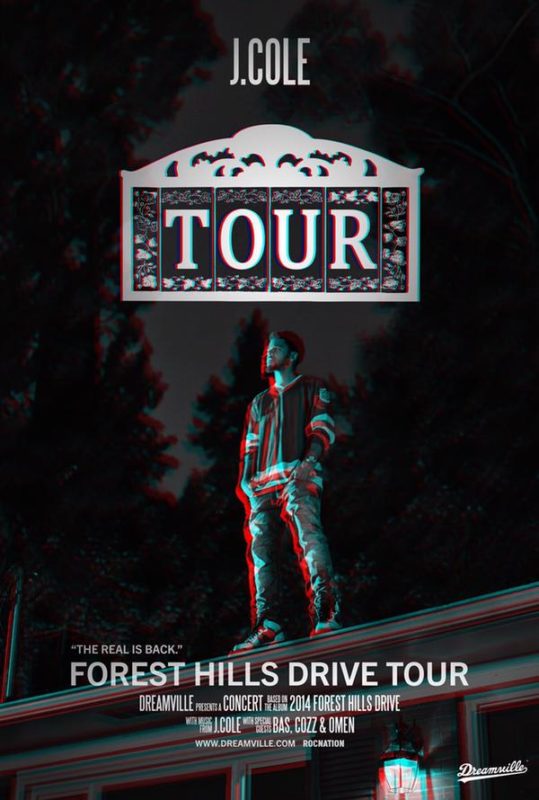 J. Cole is hitting the road for his Forest Hills Drive tour. The first leg of the tour is called Act 1, and will kick off on March 2 in Eugene, Oregon. The opening leg of the tour will be making 20 stops with the last show concluding in Providence on April 7. Full list of dates below.

The real is back pic.twitter.com/cABlV6OJCA

This first run is for all the cities that never get no love.. I feel you. Forest Hills Drive Tour. See you in a few. pic.twitter.com/VuUE22YE19

Drake’s ‘If You’re Reading This It’s Too Late’ Is Set To Debut BIG! Here’s The Sales Preview