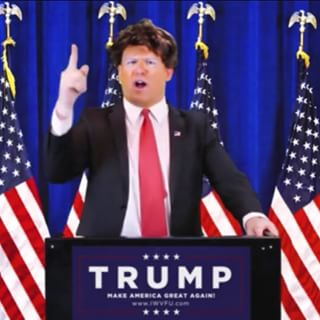 “Your bigotry will never reach Capitol Hill,” Difoca raps, “Saying we’re only sending over criminals and rapists / But Trump don’t know hard work ’cause his daddy was rich / But together we can achieve whatever we aspire / Got his deals canceled and he got told ‘You’re fired’ / Why you so orange is that from a tanning booth? / Out here looking like an old orangutan in a suit / Only way you can make America great again is if you go away ’cause I won’t vote for you”