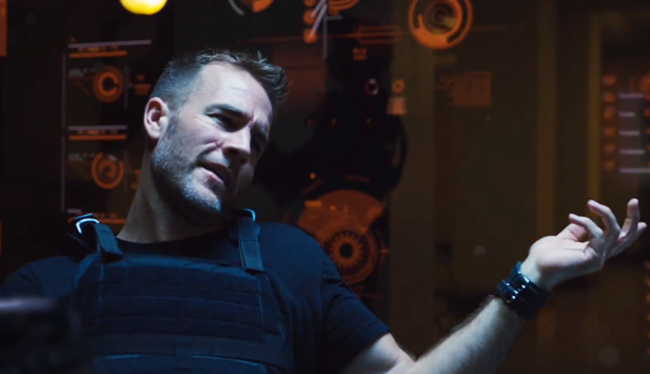 The Power/Rangers fan film that surfaced last week has been one of the most talked about and watched fan movies the internet has ever seen.

Of course with a real Power Rangers film in the works, creators Saban had some issues with it and attempted to have the film taken offline due to a copyright claim. But thanks to cooler heads prevailing it is still up as Saban eventually saw it as a win-win. The fan film has garnered a lot of attention and The Hollywood Reporter caught up with James Van Der Beek and got his thoughts on why the film was popular and how he became involved:

Approached by producer pal Adi Shankar, the actor told THR that he signed on to work on the unauthorized project (that co-stars Katee Sackhoff) because he wanted to work with Shankar and with Kahn, whom he described as a “crazy visionary.”

“I really wanted to follow him on this journey of creating something that was completely his own and we just did it to give it away for free to fans…It’s the essence of why we all got in the business: Let’s make something cool.”

He also commented on the controversy surrounding the film and why it was allowed to return online following Saban’s copyright claim:

“I think what happened is that everyone realized this is a win-win for that franchise and for the movie that Lionsgate is going to do,” he said, referring to the feature length project at the studio that is scheduled for summer 2016. “Now it’s back up and fan film, fan fiction is alive and well on the Internet.”